Confirmation of the drive in a Ford Fiesta WRC car coincides with the news that Red Bull has finalised terms to support the 25-year-old going forward.

Last month, M-Sport said Fourmaux would be handed selected WRC Car outings in 2021 on top of a full WRC2 campaign in a Ford Fiesta Rally 2 alongside co-driver Renaud Jamoul.

M-Sport Ford Team Principal Richard Millener has said that recent performances by Fourmaux, including his victory at last November's Rally Islas Canarias, proved that he is ready to take the next step in his career.

Meanwhile, the rekindling of a relationship with Red Bull will see the famous energy drinks brand back on a M-Sport Ford in the top tier for the first time since 2018.

"Work to reignite this partnership with Red Bull has been ongoing for quite a while behind the scenes, and it is fantastic to see it now come to fruition," said Millener.

"Adrien and Renaud [co-driver] are two of the most dedicated guys I've worked with, and it's great to see that talent and hard work now rewarded with endorsement from Red Bull - a truly iconic brand in motorsport, and as shrewd as Malcolm when it comes to spotting driver potential. 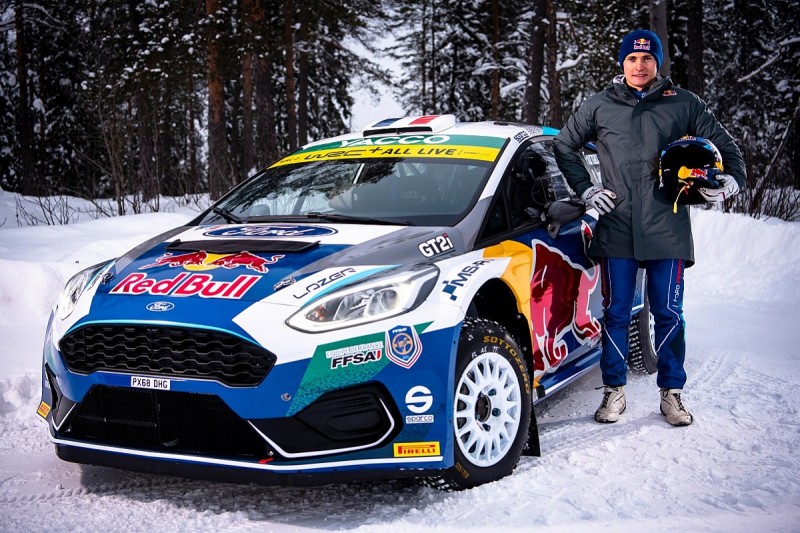 "Clearly, they have seen the same Ogier-esque performances in Adrien as we have.

"He's an extremely intelligent driver with a lot of potential, and we're looking forward to witnessing his progress and aiding his development in what will be a very important year," he added.

Fourmaux returns to action on this week's Arctic Rally Finland, the second round of the WRC2 season, where he will lock horns with current points leader Andreas Mikkelsen, and former M-Sport driver, Esapekka Lappi, who returns to the series in a Volkswagen Polo R5.

"I'm really excited to be making the step up to WRC this year and follow in the path of my rally heroes," said Fourmaux in reference to Sebastien Ogier, who introduced the energy drink giant's colours to the Fiesta during his title winning seasons in 2017 and 2018 with M-Sport.

"This season is an extremely important one for me and it is both humbling and motivating that it's not just M-Sport who continues to put their faith in me - as now Red Bull are also supporting my journey.

"My 2021 season started well with second place in WRC 2 at Rallye Monte-Carlo. And now the aim is to be in the mix for another good result at this weekend's Arctic Rally Finland, where I continue my WRC 2 campaign with the support of Red Bull and M-Sport.

"My eyes are also firmly fixed on preparing for my WRC debut at a brand-new event at Rally Croatia - and I intend for this to be the first step in a long career at the top level of world rally," he added.