The Baumholder military testing area has been part of the event since its arrival in the World Rally Championship in 2002.

The stage is reckoned by many drivers to be one of the WRC's great challenges, with its 96 junctions in 25 miles and ever-changing grip levels.

The metre-wide solid concrete blocks that line the route - known as hinkelsteins - are in place to keep tanks on the road during the American army's manoeuvres but there is fresh concern over them following the accident that left Lefebvre and co-driver Gabin Moreau with multiple injuries.

Lefebvre's Citroen DS 3 WRC hit the blocks on the exit of a fast right-hander, with one of them pitching the car into a tree at 103mph.

FIA rally director Jarmo Mahonen told Autosport: "There have been cases [of crashes like this] previously in Panzerplatte.

"We have the hinkelsteins in so many places and then there are sections where we have the trees like this.

"We always say that these dangers are part of the sport, but nobody wants this to happen - especially not with those stones. We are really, really looking at this.

"We will investigate and, in fact, we already had discussions straight away on the day of the crash and this will continue.

"One thing which is possible is to build a chicane on the straight before the corner and then you come through this corner accelerating from zero. But how many corners are like this?" 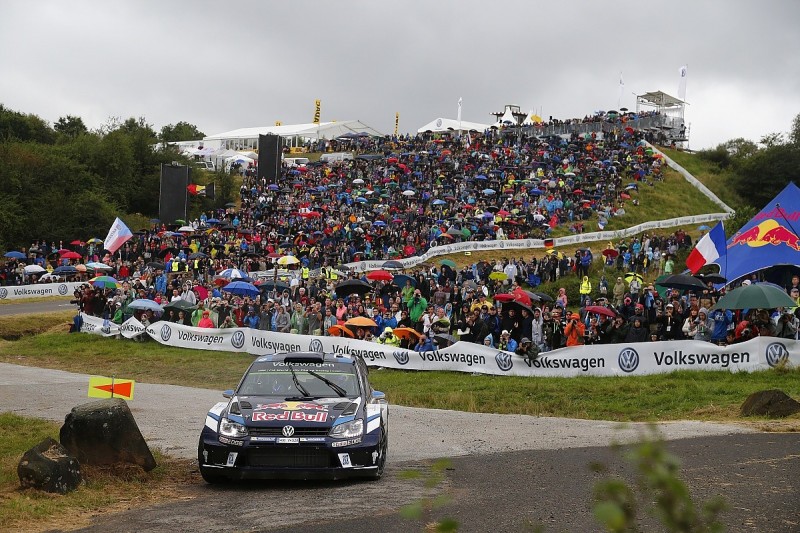 "We all know that zero risk will never happen in rallying and, of course, these hinkelsteins are one of hardest things that we can hit," he said.

"They are never moving and that's definitely bad for us.

"Maybe an idea is to try to protect them with a wall of some sort. It's not so many sections, it's just a few where the speed is very high - these are the dangerous places.

"Unfortunately, risk is part of our sport. At least there is no danger to their lives. I hope these guys recover quickly."