Kubica took stage wins for the second event in succession in his RK World Rally Team Ford Fiesta RS WRC and his performance was in marked contrast to his last crash-filled visit to Sweden.

The Pole would have been running in the top five had it not been for a broken driveshaft on the opening day and an overboosting turbo, which landed him a five-minute penalty and left him 19th overall.

"This was one of the best rallies for me," Kubica told AUTOSPORT. "It's a shame we had the [transmission] problem because without this we could have had a very nice - and unexpected result.

"Coming here for the second time after last year's very negative experience, we could have been fourth or fifth fighting with [Ott] Tanak or even in front of him - that's very good for us." 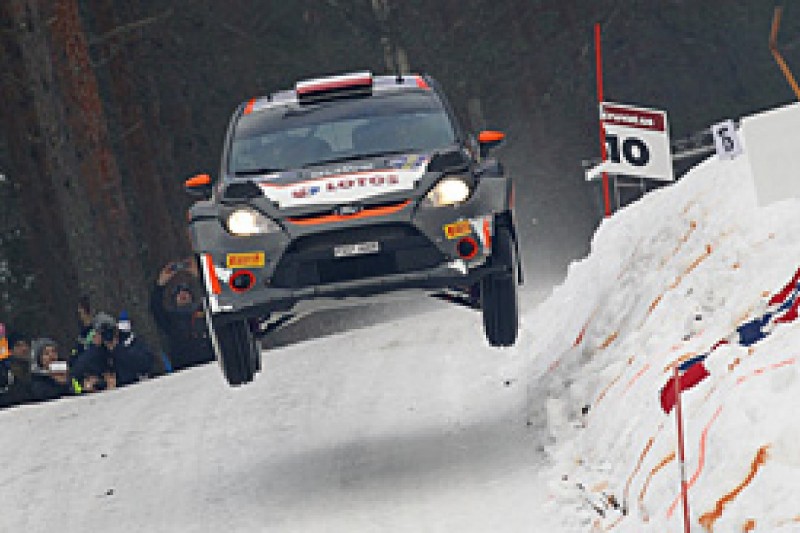 Kubica says he is confident the team's performance will show a further improvement following this week's Rally Mexico, when there is a six-week gap between the Leon-based event and round four in Argentina.

"We still need to improve a few things and the time was very tight to Mexico - we had to rebuild this car and then send it straight to that rally," he said.

"After Mexico there will be a bit more time and we can try to improve the overall functionality of the thing."

He added that the turbo issue in Sweden had no performance impact.

"It was [overboosting] for a fraction of second," Kubica said. "We can't do anything about it, we just need to understand why it happened.

"But there was no performance gain and it was not done on purpose."