© 2021 Motorsport Network. All rights reserved.
TV Tickets Fashion Giorgio Piola Jobs
Previous / Tanak: Second WRC season with Hyundai will be better than 2020 Next / What to look out for in the 2021 WRC
WRC News

Toyota World Rally Championship driver Elfyn Evans says a safety-first approach is not how he plans to win the 2021 WRC title, despite it almost netting him glory in 2020

A consistent run of points scoring finishes and two victories in Sweden and Turkey meant the Welshman was tipped to become the first British WRC champion since Richard Burns in 2001, but a 14-point lead over team-mate Sebastien Ogier prior to the final round of 2020 was negated by a crash on the Saturday leg of Rally Monza that demoted him to second in the standings.

Aiming to put that disappointment firmly behind him, Evans has targeted equalling or bettering the third-place result he bagged at last year's Monte Carlo Rally, saying he is determined not to be "left behind" with a safety-first policy.

"You never want to start Monte with a bad result - I have been there in the past and of naturally you feel the pressure going into the second round," said Evans.

"You can't let that get in the way, either. You have to come to Monte to get the most out of the weekend, to do the best job that you can, and aim for the best result possible.

"At this level, if you are going to drive to guarantee safety, then it's almost the case you should stay at home because you're going to get left behind. 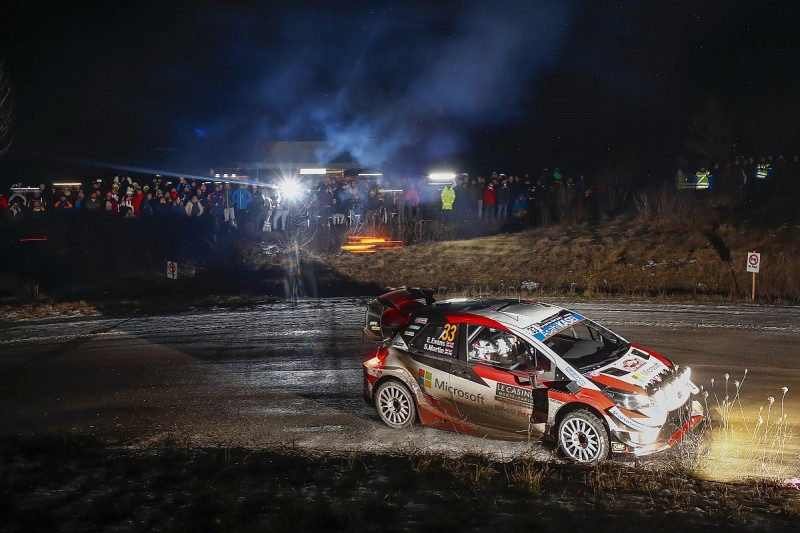 "It is very easy to get left behind in terms of points lost by not being competitive; the drop-off is quite large when you take a safety-first approach.

"For me it's a case of what I did last year: to do the best that I can on every rally."

Just seven weeks have passed since the previous WRC campaign ended, but Evans said he wouldn't allow the disappointment of his Monza accident to cloud his focus.

"The ultimate goal is of course to be champion, but I'm not thinking too far ahead because it is a long and tough season ahead of us.

"I'm just going to take it rally-by-rally and trying to do the best that we can on each of them and see what comes at the end."

Tanak: Second WRC season with Hyundai will be better than 2020