The Toyota driver ended Saturday’s eight stages in contention for victory, with the Welshman 8.2s adrift of Hyundai driver Tanak, who emerged as the surprise leader following his team-mate Thierry Neuville’s shock retirement from the lead.

Evans has struggled to find the set-up sweet spot in his GR Yaris throughout the asphalt event, but managed to hang on to the front-running Hyundais through Saturday’s stages.

Promoted to second overall following Neuville’s crash into a ditch during Saturday’s penultimate stage, Evans feels he has a shot at ending his victory drought that stretches back to Rally Finland in October last year.

Evans' best result of the 2022 campaign to date is second, which he achieved in Portugal, Kenya and Estonia, where he was beaten on each occasion by championship leader and team-mate Kalle Rovanpera.

Asked if he could overhaul Tanak’s lead, he said: “Yes, it is [doable] in a way. It's not going to be easy with a rally like this, but of course we're out there to try our best and see what's possible.

“The thing is with this rally, you push too hard and you end up going slower.

“It's really about the sweet spot really of the balance between pushing and being efficient. It's not just a case of putting it on the doorhandles as it were.”

Looking ahead to Sunday’s stages, Evans says his team will look to see if there are any tweaks to his set-up that could yield more pace, but is wary there may not be much to gain in that area.

“Not an awful lot on offer, that's the bottom line,” he added, when asked about exploring set-ups for Sunday. 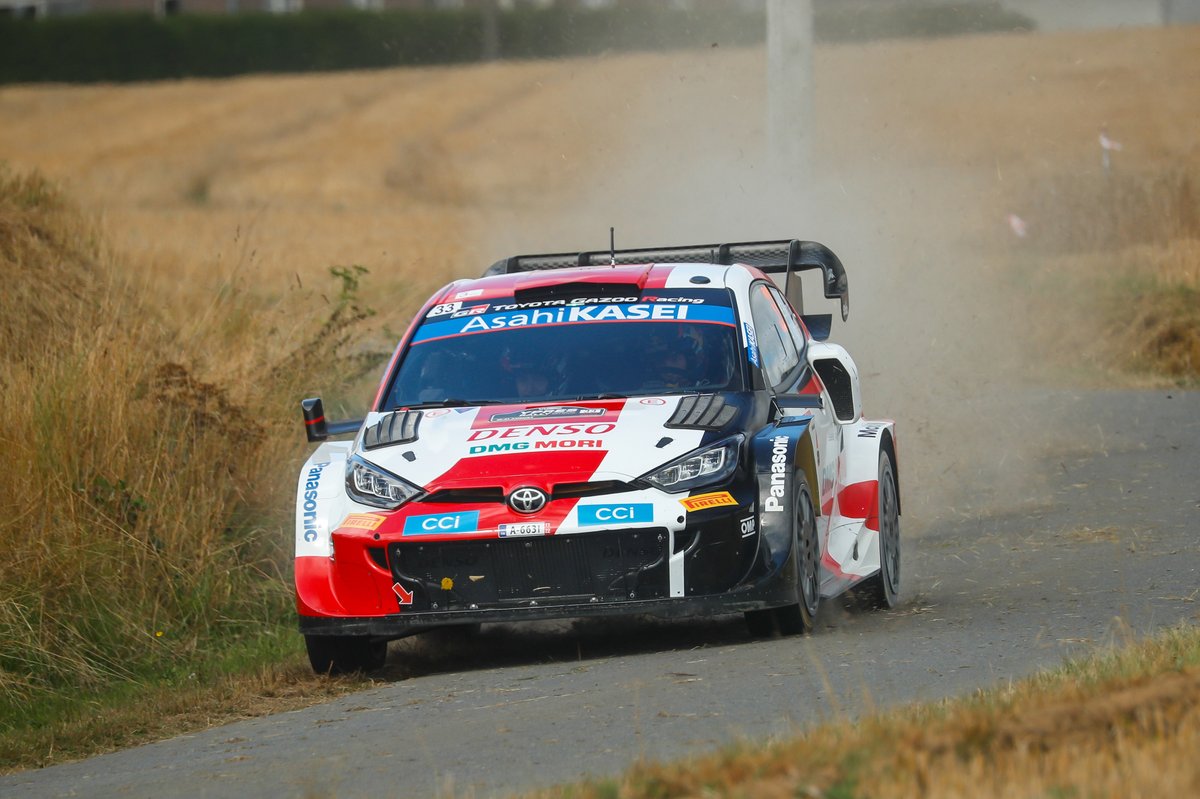 “We're so new with the cars. We'll definitely look at it tonight and look for some edges, but I don't know if there's a transformation available let's say.”

Rally leader Tanak is expecting to face a challenge from Evans on Sunday, which will mean he cannot afford to make any mistakes across the final four stages.

“It's definitely better to be at the front with eight seconds than behind,” said Tanak.

“To take back eight seconds is definitely not easy, but we still have quite many kilometres so for sure we can't miss any junction and we need to be really spot on.

“But I think for us it's still a better chance than for Elfyn, he really needs to push."