Elfyn Evans has said his Rally Portugal victory came as an ideal reaction to ‘painfully’ missing out on victory in Croatia to Toyota Gazoo Racing team-mate Sebastien Ogier.

Evans’ fourth World Rally Championship victory of his career, and first since last year’s Turkish event, elevates him to second in the WRC drivers’ standings and just two points behind leader Ogier.

The Welsh driver began the final day holding a 10.7-second advantage over Hyundai’s Dani Sordo and fastest times on three of Sunday’s six special stages allowed him to increase that to almost 30s by the finish.

Winning the first gravel round of the year comes as the perfect tonic for Evans after his final stage heartbreak on Rally Croatia last month, when Ogier denied him top spot in the closing miles by under a second.

Evans himself admitted after the Power Stage in Portugal the performance had “come at a good time” for him after his recent narrow defeat in Croatia.

“Obviously it’s a fantastic way to finish by clinching the win,” Evans said. “It wasn’t all plain sailing all the way through the weekend, and we maybe weren’t the absolute fastest crew, but we still had really good pace and the performance was generally quite consistent.

“In Croatia it was quite painful to miss out, so it feels good to get this one sealed with relatively little drama.” 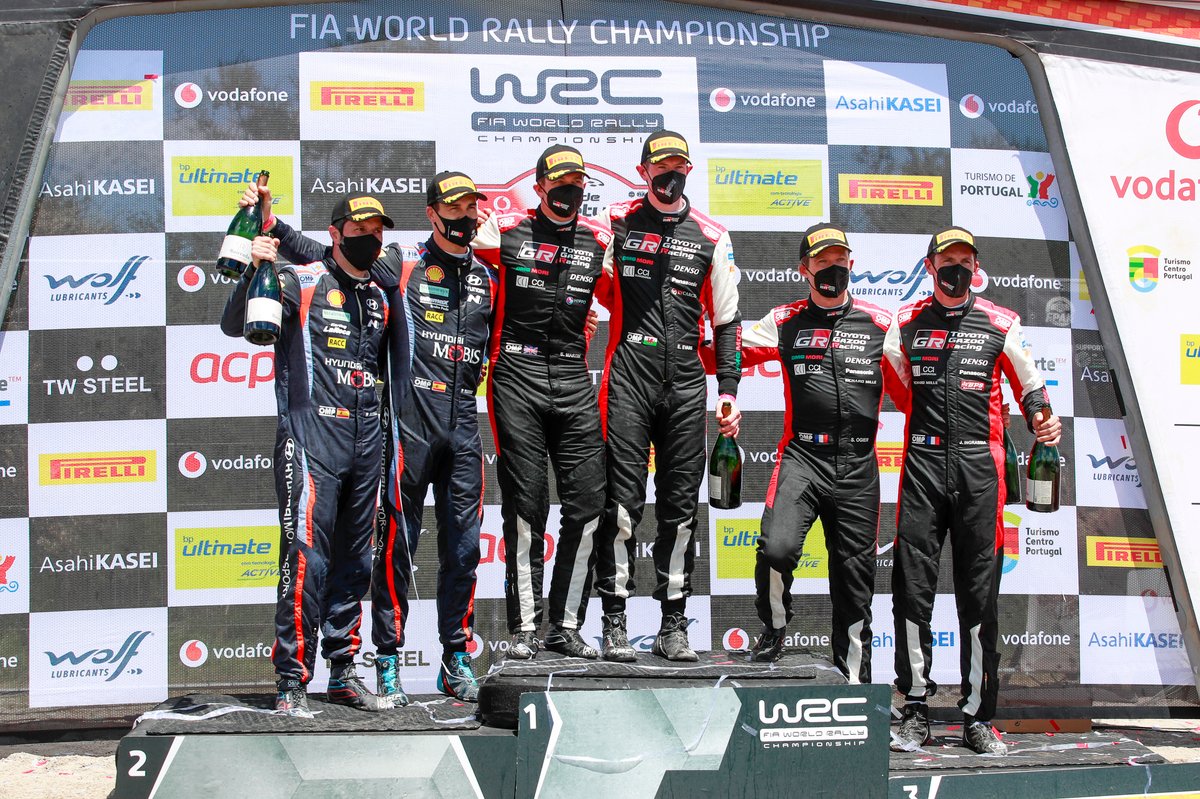 Toyota team boss Jari-Matti Latvala said that the disappointment in Croatia, and similar episodes such as Rally Argentina in 2017 when a brush with a bridge cost Evans certain victory, had strengthened the Welshman’s resolve.

“It’s amazing – I am really happy for Elfyn for the victory,” said Latvala. “It has been a few times for him in his career when he has lost very close calls, like Croatia when he lost victory in the final stage.

“But it motivates him more to fight and he has been so consistent all week. OK, there has been one driver – Ott Tanak – who was maybe a bit faster, but at the end, you know, it is important to be consistent.

“You need to finish the rallies because all the trophies are given at the end. I’m very happy.”

It was a good weekend all round for Toyota in Portugal as Ogier and Evans now occupy the top two spots in the standings split just two points going in to next month’s Rally Sardinia.

Team protege Takamoto Katsuta also impressed in Portugal and managed a career-best result of fourth place with Daniel Barritt, despite the pair’s Yaris World Car not running the latest aero or engine updates.

“Generally, the team has been doing really good work over the weekend with a lot of positive things to take away,” added Latvala.

“Seb scoring the third place – bringing great points for the championship – and also Takamoto taking his best-ever result in fourth.”