Elfyn Evans believes Motorsport UK has a real fight on its hands if it is to bring the World Rally Championship back to Britain.

Earlier this month if was announced that the UK had lost its place on the calendar to Belgium's Ypres Rally.

The Championship has enjoyed UK representation every year since 1973, with the exception of 1996 when it counted for only the 2.0-litre class, and last year when Rally GB was cancelled due to COVID-19.

Motorsport UK bosses, Promoter Bobby Willis and MP Ian Paisley had been working with government officials on both sides of the Irish Sea to bring the series to Belfast later this summer.

However, talks reached an impasse when Tourism Northern Ireland concluded the business case failed to justify £2m of public funds.

In a recent interview with Autosport, Willis said he would work to reverse the decision in time for 2022 when the WRC will introduce a fresh set of regulations that centre around plug-in hybrid technology.

The last time it ventured into the province was in 2009 as part of the cross-border-backed Rally Ireland.

While supportive of Willis's efforts, and acknowledging the comments of the WRC Promoter managing director Jona Siebel who said he was "sad" not to be visiting Northern Ireland, Britain's WRC title contender Evans remains sceptical.

The Toyota driver believes more energy is required to get the event back on the calendar. 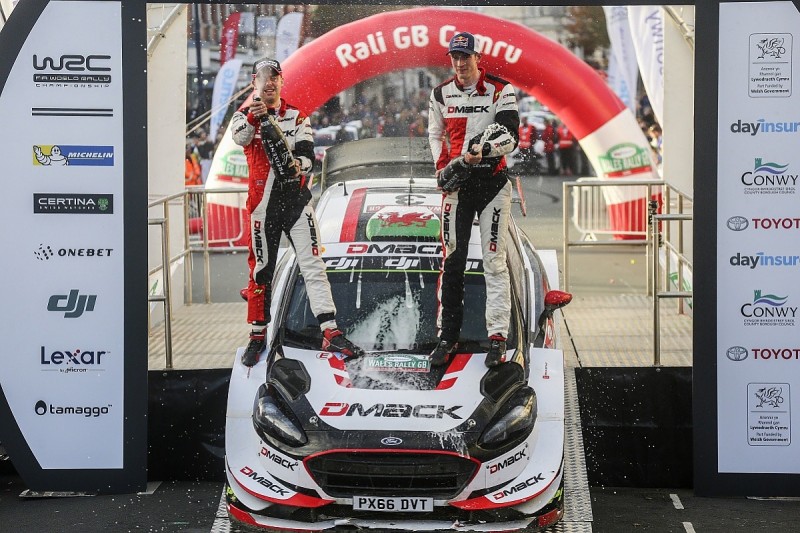 "There is a lot of hunger right around the world to host WRC rallies," said Evans, the 2017 Wales Rally GB winner.

"OK, it is not a case of going to the highest bidder but there is an element of that in any form of business or promotion.

"I think we need a bit more energy to bring the World Rally Championship back to the UK.

"A lot of countries want a round of the WRC and obviously there are only so many that we can bring in.

"The thing Wales or Northern Ireland have in their favour over maybe some of the other candidates is that they [promise] such a unique rally.

"There are unique conditions and unique roads that you don't really find anywhere else in the world, so it definitely has its place on the WRC calendar."

Interest in the WRC closer to home has grown in recent times thanks to Evans running Sebastien Ogier close in last season's title race.

For 2021, fellow Brits Gus Greensmith and Elliott Edmondson will lead the fight for M-Sport Ford after the Cumbrian-based team confirmed them as its number one crew.

"The support has been really great from home to be honest; it seems to have increased, especially over the last twelve months or so which I am really happy to have," admitted Evans, "so, for me, as a competitor, it's massively disappointing not to have the World Rally Championship here this season.

"Obviously, having the round near my home in north Wales was always a fantastic weekend.

"Getting to drive the stages was always fantastic and it is the case everybody else in the WRC enjoys them.

"The atmosphere of doing a rally in your home area is something you don't get anywhere else in the world.

"I'm also disappointed for the people in the area because it has always been a well-received event; there is a demand for the event, so yeah, I think it is a massive shame.

"Equally, I'm disappointed at the fact we haven't managed to secure a round in Northern Ireland because I think that would have been as unique and special for the World Rally Championship, so it's double disappointment, really."

Evans kicked off the new WRC season last weekend with a second place finish behind Toyota team-mate Ogier at the Monte Carlo Rally.