Evans had "no answer" to Rovanpera's WRC Estonia pace

Toyota’s Elfyn Evans says he had “no answer” to Kalle Rovanpera’s blistering pace at Rally Estonia as he watched his team-mate surge into a comfortable lead.

The World Rally Championship runner-up from the past two seasons started Saturday 11.7s adrift of Rovanpera, after losing a 10.9s rally lead when heavy rain arrived in Friday’s last stage.

Evans took a nibble out of the Finn’s lead on Saturday morning before Rovanpera stepped up his pace in changeable weather to win seven consecutive stages, opening up a 29.1s lead heading into Sunday.

The Welshman says he was unable to summon the required response leaving him facing a tall order to overhaul the 21-year-old Rovanpera to score a first win of the season.

“Realistically, now there's quite a big gap," said Evans. “In this rally you need to be consistently chipping in the times and to be fair to Kalle, I've had no answer this afternoon - and even all day, to be fair. He's done very well so far.

“I think it has been a pretty hot pace to be fair, but of course Kalle has had the edge especially this afternoon, he has had a really good day and was difficult to follow to be fair.

“I think he is in a position with more to lose than I am, but he is going for it so I think he has driven well. My rhythm was the rhythm we had. The risk tapered off a bit as the conditions got worse and the gaps started to open up.

“The day has still been okay but you are never happy when your team-mate is in front.” 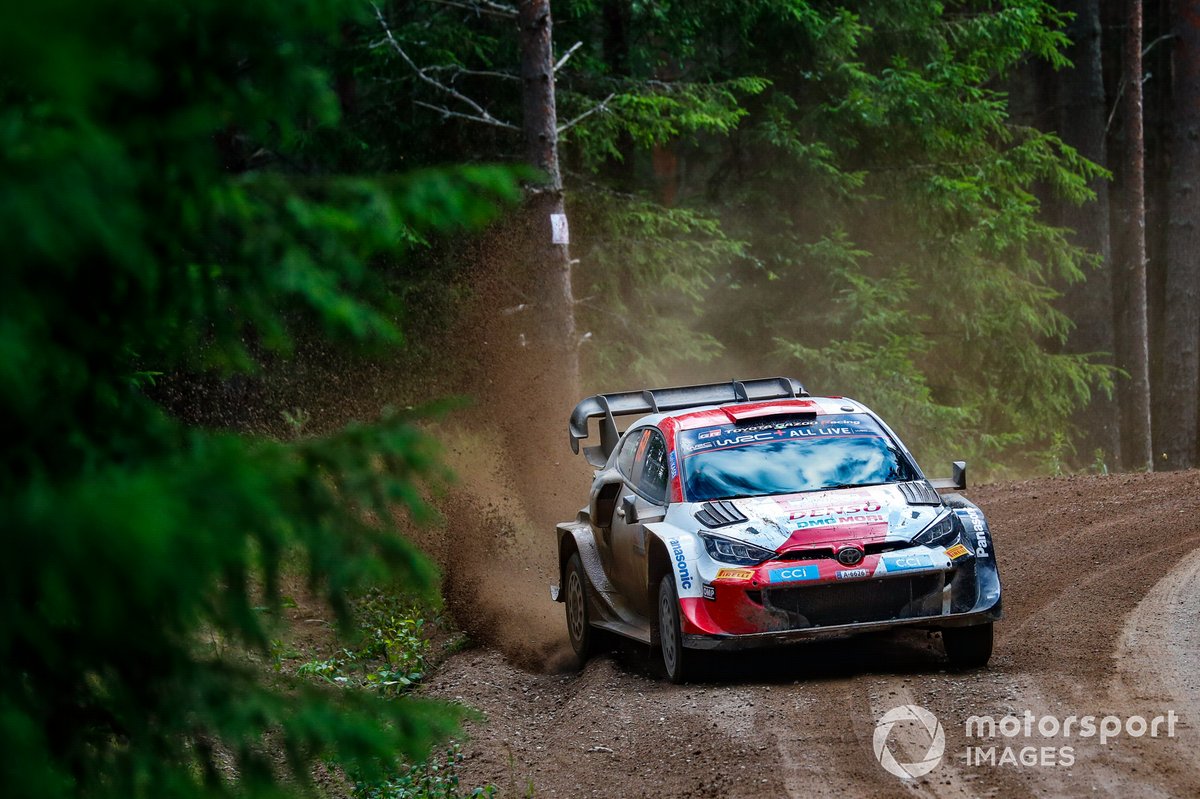 Asked if Rovanpera’s impressive form, that has so far delivered four wins from six rounds, has come as a surprise, Evans said: “I think we have seen his speed right for day dot when he first came into the championship and if you remember back to that rally in Sweden [2020] he was on the podium straight away.

“The speed is no surprise but of course what he has been able to do with a couple of years [of] experience is bring this consistency to every round. It is not a surprise.”

Reflecting on near-perfect day, rally leader Rovanpera felt he drove “quite well” across the nine stages revealing that he elected to take a measured approach given the tricky conditions.

“Of course it was a nice day overall, and the afternoon was great for us,” said Rovanpera.

"I felt we were driving well and pushing quite hard all the time but still managing the risk a bit and not pushing in the rough places. I think we did quite well.

“I wouldn’t really say there is much pace left, but in a way it is not about pushing the limit all the time. I can manage the speed in the rough places. I don’t need to push the car in the rough places, and of course everywhere else we go flat out.”

Rally Estonia will conclude on Sunday after a further six stages.