Elfyn Evans had a bit of “a panic” on the finish of the final stage at Rally Sardinia after a stall almost gave Toyota boss Jari-Matti Latvala a “heart attack” moment.

The Toyota driver was sitting in a comfortable second overall heading into the Power Stage, but his podium soon came under threat when his Yaris stalled after navigating a water splash.

Evans was stationary for several seconds having ingested a “quite a lot of water” leaving the Welshman to frantically try to re-fire his car.

Luckily he was able to get the car going after losing 18.1s to reach the finish and complete a Toyota one-two behind Sebastien Ogier, who also suffered an engine misfire following the water splash on the stage.

“We took on quite a lot of water it seemed to take forever to clear,” said a relieved Evans, who sits 11 points adrift of championship leader Ogier.

“I had in the back of my mind that eventually it would go [engine would restart], but actually after a while I started to doubt that as it really wasn’t coming.

“All of a sudden I started to get some momentum and after that, thankfully it cleared.

“It could have gone either way but when you are in the moment and you have been stood standstill for that amount of time, it is hard to know how much you’ve been stood there for.

“It didn’t feel all that long, it could be 20 could be 40 seconds it is very difficult to know. Obviously there was a bit of panic on to get to the end of the stage.” 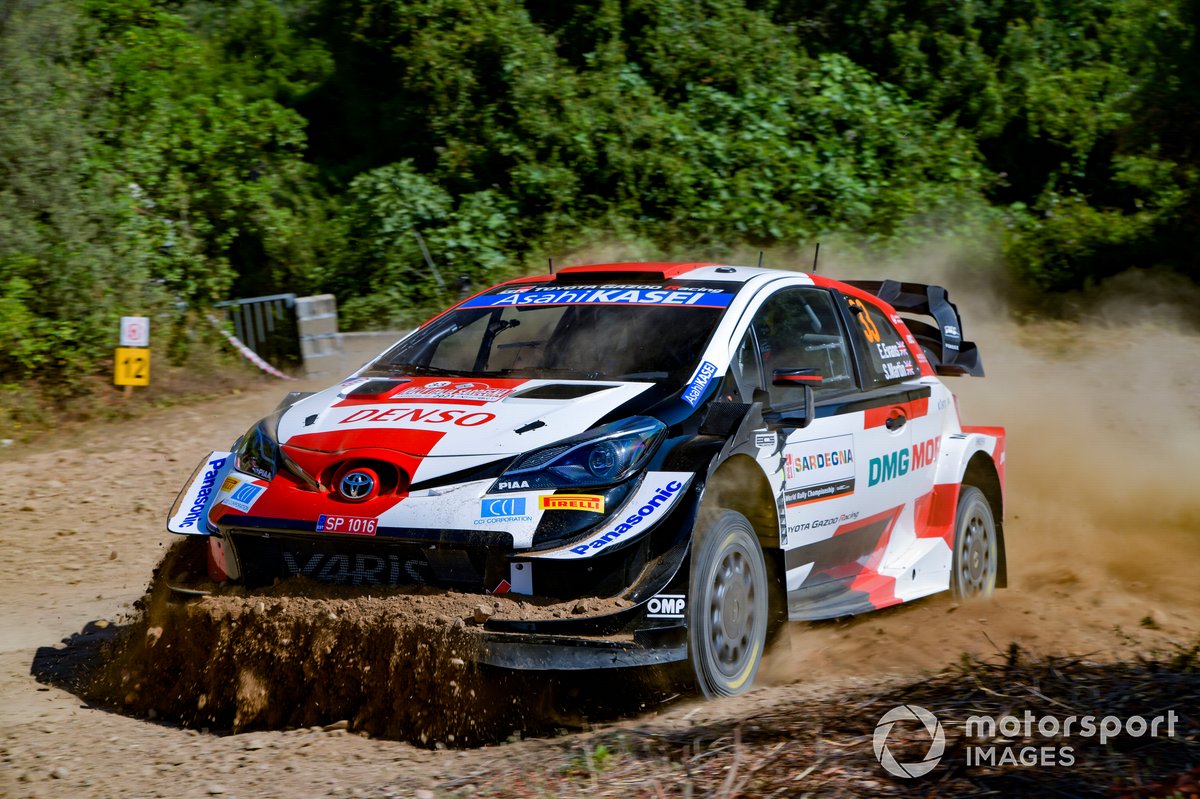 Rally winner Ogier felt his misfire prevented him from adding a Power Stage win to his victory points tally.

“The only issue we had this weekend was crossing the water splash. It was actually quite scary in the moment as I had a misfire with my engine for five or six seconds. It maybe cost us the Power Stage win but it honestly doesn’t matter, 27 points is really good,” he said.

Latvala, watching on from the service park, admitted he was relieved to see Evans complete the stage after the heart-stopping moment, and record a historic one-two for the marque.

With Ogier also suffering an issue, although not as severe as that of Evans, the Toyota boss revealed the team will work on improving the Yaris’ ability to handle water splashes.

“Really successful weekend. We knew if we could get one podium that would be really good because we know from history that Hyundai has been very strong here and Toyota has never won here in its current form,” said Latvala.

“The last win for Toyota in Rally Italy was back in 1994, so for sure our drivers did an excellent performance, a really good drive.

“The car was working really well until the last stage where this water splash was causing almost a heart attack for me when I saw Elfyn’s car stopping and when he tried to start it, it didn’t fire up.

“Luckily it did fire up later on, and Seb suffered the same issue. This was not a good point but something we need to work on for the future, to be better on the water splashes.”