Changeable weather conditions have dominated the pre-event build up with WRC teams preparing for rain to dominate Friday's running at the Belgian asphalt event.

Such is the challenge of Ypres' narrow country roads lined by cuts and ditches, wet weather will significantly increase the difficulty for drivers to navigate the stages cleanly.

While the event is the home round for Belgian Thierry Neuville, Frenchman Fourmaux is the driver with arguably the most local knowledge, living an hour away from event host city Ypres.

Looking ahead to the prospect of rain dousing the roads, the M-Sport driver believes the weather will turn the rally into the one of the toughest on the calendar.

"Normally at Ypres in the wet there is normally only 40% of the cars at the end of the rally," Fourmaux told Autosport.

"You can be stuck at a really slow junction or you can make a mistake on a really fast corner. It is really tricky and when it starts to rain the roads are so narrow and the water goes on each side of the road.

"When the cars in front go in the cuts it puts mud all over the roads but because the tyres are full of mud they bring the mud along the straight until the next corner. After that you have gravel everywhere on the road.

"For me, this could be the most difficult rally on tarmac if it is raining, even more than Croatia because there the grip is low but you can read the road. Here the dirt is coming on the road like crazy.

"Then you cool down the tyres for the next corner and there is still mud, so you are not confident on braking, and the tyres are not warming again. The tyres are then cooler as you are not pushing enough. The grip is also changing on different types of tarmac, so it is like black ice in places. 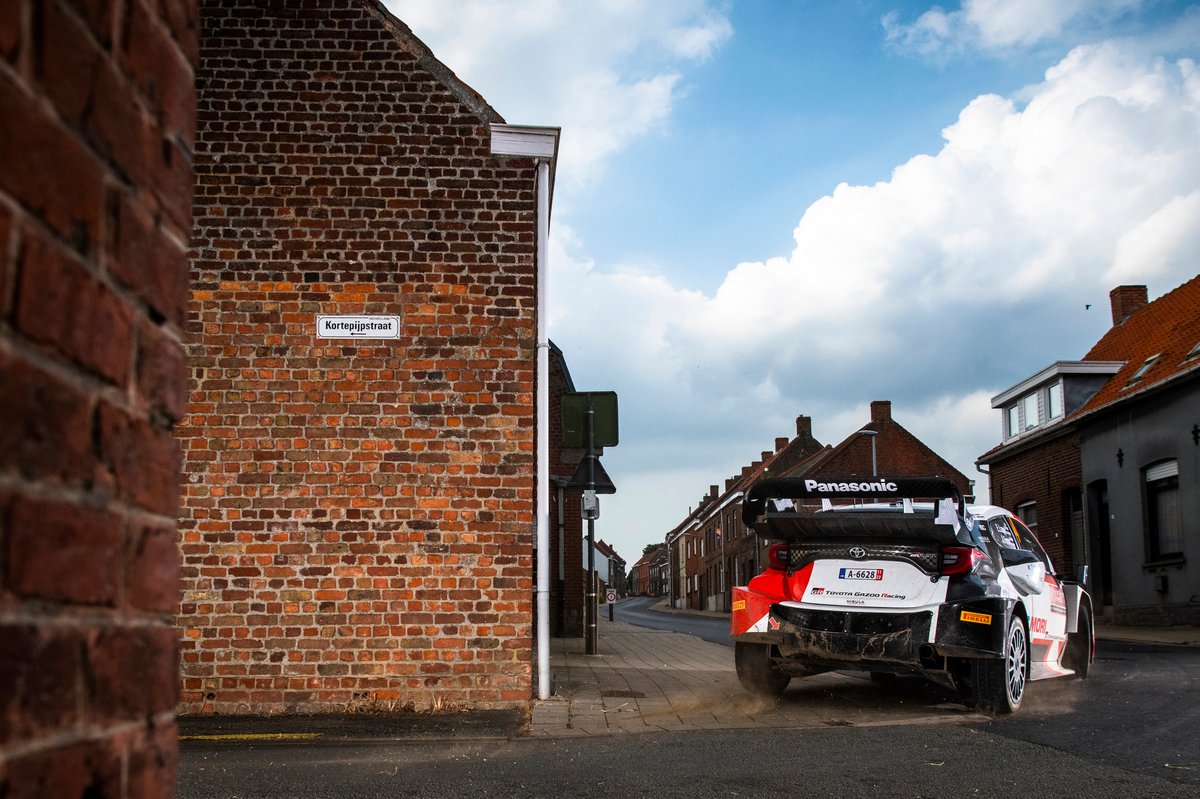 It is a view shared by Toyota's Esapekka Lappi, who already feels the stages at this rally are among the most difficult to learn.

"At the moment Friday looks like it is going to be wet so this road position has a big disadvantage," said Lappi. "We need to try to survive and let's see where we are. I feel I should do a good job here and nothing crazy. If I target too high it doesn't end well.

"I've seen videos [in the wet] it doesn't look so nice from drivers point of view, it looks crazy."

Championship leader and road opener Kalle Rovanpera could benefit from the rain as the Finn is likely to have the cleanest of the road conditions before mud is dragged onto the asphalt from drivers taking cuts.

Although the Toyota driver admits rain will make the stages trickier to drive.

"Last year it was quite a good event but this year it will be tricky with the weather and everything," said Rovanpera. "It is still not the most conformable road for me. Here it is always pretty sketchy with the cuts with he conditions and everything so it is not so easy."