Sebastien Loeb could return to World Rally Championship competition in a Citroen C3 WRC, but not until the 2018 season at the earliest

Citroen has invited nine-time WRC champion Loeb to test its 2017 car in the coming days.

It will be the first time they have worked together since Citroen dropped Loeb from its World Touring Car Championship team at the end of 2015.

"In 2017 I have no chance to let him drive a car because I don't have a car," Matton told Autosport.

"There are none available, so there is no way to drive this year.

"And, on top of that, I don't think it's a good idea in the short-term to let him drive an event.

"We know the level in the WRC for the moment is quite high and that, with this kind of car, you need a quite high number of miles to be at your level.

"If, one day, something like that could happen then it needs to be well prepared." 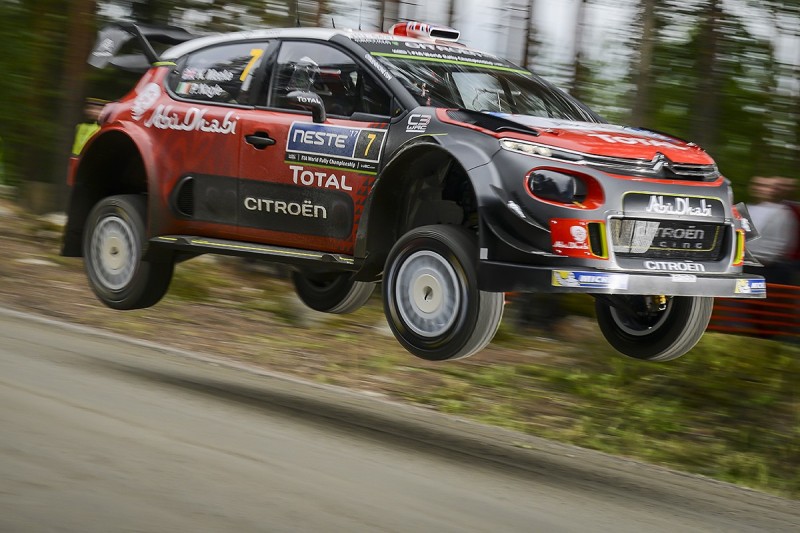 Matton said he was "quite far away" from a decision about 2018 drivers and currently had "no idea" but left the door open for Loeb.

"I can understand the attraction to bring this guy back, but like I said, if that's done then it has to be done properly."

Loeb retired from full-time WRC competition as world champion in 2012 and is currently part of Peugeot's World Rallycross and cross-country rally programmes.

The 43-year-old said he "can't wait to get back into a World Rally Car and test how the technology has changed in that discipline.

"I'm still passionate about rallying. Of all the disciplines I've tried since I retired five years ago, it's the sensation of rallying that I love most."

Meeke: Finland WRC struggle a hangover from Citroen benching me