Citroen has revealed the second phase of its DS 3 WRC updates, with revised aerodynamics and a radical new livery for the next World Rally Championship round in Portugal

The new front end brings the DS 3 into line with the Volkswagen and Hyundai with the style of wings and redesigned bumper offering less drag and more downforce.

"You notice it in the higher speed, but when you're driving the car, you're always driving to the absolute limit of the grip anyway.

"At the start of the year we had the new engine and paddleshift, now we have the new front end, it's great the way we're pushing forward with things."

Team principal Yves Matton added: "Citroen Racing hasn't stopped working on the development of DS 3 WRC since the current regulations were introduced in 2011.

"If you take the new features unveiled in January and this second batch, this is the most significant upgrade since the DS 3 WRC was first homologated.

"We've already seen that the work of the teams is bearing fruit. So to that extent, the recent one-two at Rally Argentina has just made everyone even more motivated."

In celebration of the 60th anniversary of the DS brand, the livery has changed on all three factory cars.

Meeke, Ostberg and Khalid Al-Qassimi all had input into the final colour scheme of their cars, with Meeke going for a white roof, Ostberg grey and Al-Qassimi red.

The cars will make their first appearance in the new colour scheme in the Rally of Portugal on May 21-24. 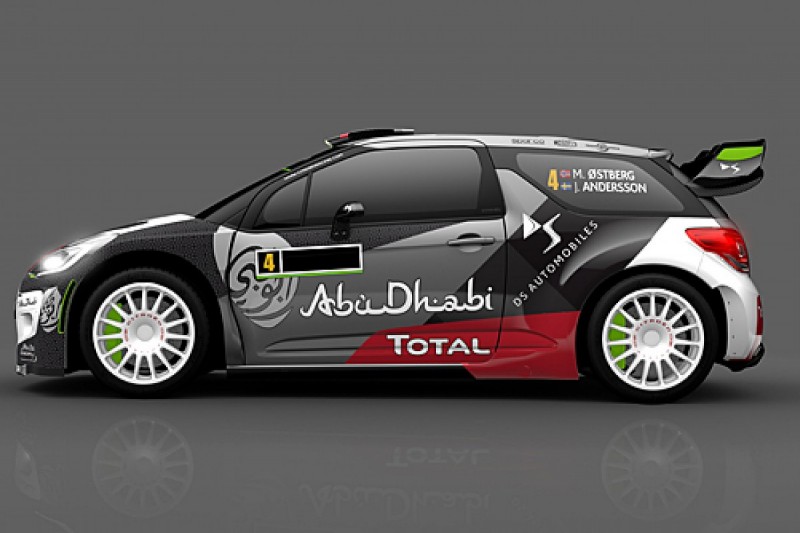