Across all surfaces, the lack of grip and stability at the rear of the Citroen has been an issue for all of the drivers and there is hope that new parts in time for the Corsica event will provide the grip and confidence needed.

Citroen declined to discuss the specification of the C3 moving forward beyond this week's Rally Mexico, but Autosport understands the new parts are ready to be used at the team's pre-event test on the island later this month.

Kris Meeke put in a strong performance for Citroen on France's WRC round last season, where the Northern Irishman led from the start until the car lost oil pressure and coasted through the finish of the seventh stage.

The problem was ultimately traced to a broken lubrication system connector, an issue the team has not suffered with since. 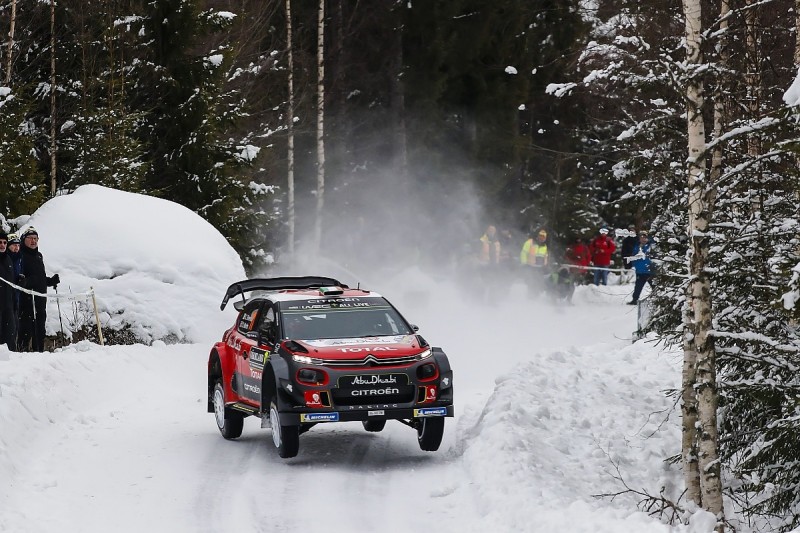 While not discussing the specification for Corsica, Citroen technical director Christophe Besse is pleased with the progress the team is making - especially with Craig Breen's second place last time out in Sweden.

"We are going in a good direction," he said. "For Sweden, all we had were the developments we had made for the car on the loose surface rallies last year and it looked to work well."

"For the snow to go through and into the turbo was really unusual," he said.

"We will definitely have to improve the filter for next year.

"But there were no marks on the front of the car to show it was a big impact, we were really surprised to see this snow going so far inside [the engine]."