Citroen is starting from scratch with its new C3 R5 car, which it plans to have ready for WRC2 use on the 2018 World Rally Championship-opening Monte Carlo Rally

It is keen to improve on the PSA Group's two previous R5 offerings - the DS3 R5 and Peugeot 208 T16 - which have proved both troublesome and unpopular with customers.

"We are in line with our planning for this new car and we will communicate more in the summer," Matton told Autosport.

"The plan is to have the new car homologated and running next year.

"The new car is not linked to the old car.

"It's new people who are in charge with the new car, with the design of the car and we have new technical partners who are working for this C3 R5.

Matton confirmed there will be no official Citroen R5 team.

"Normally WRC2 is for the private driver," he said.

"I don't say we won't have a high profile driver to do something, but we won't run a team, we will support private teams." 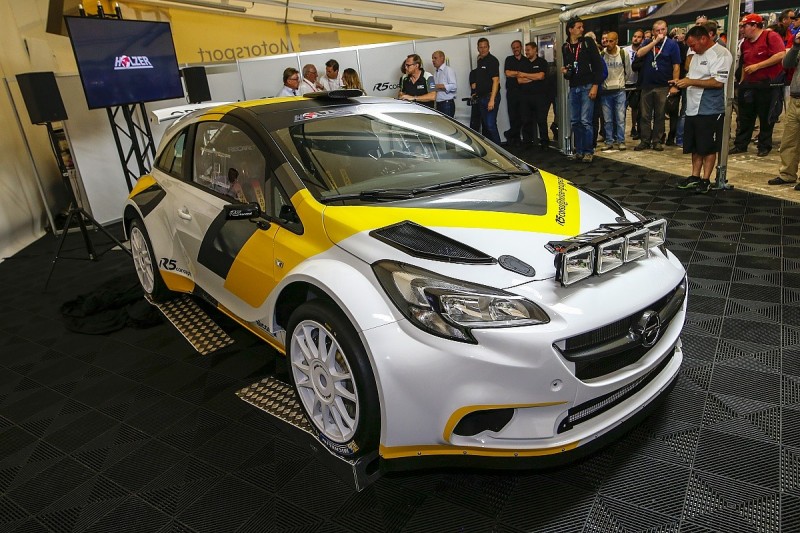 German firm Holzer revealed an Opel Corsa R5 car during the WRC's recent Rally of Portugal, but it did so among much confusion.

Opel branding on the car and transporter was taped over and, when Autosport contacted the German manufacturer, it said it was not involved in the project.

A spokesman said: "The Holzer R5 Corsa Concept is a private project with no Opel involvement.

"At this point there is no intention from Opel side to homologate this car.

"The Opel board has decided to postpone any R5 project already back in 2015.

"So the situation hasn't changed since then."

Citroen doesn't want Andreas Mikkelsen for 'one shot' in WRC