Citroen has finally named its 2017 World Rally Championship challenger as the C3 WRC, and released more imagery of the car taking shape

The C3 WRC concept car will be shown to the public at next month's Paris Motor Show and is a clear indication of the direction the final design will take.

Next year's WRC machinery will be significantly faster, with more powerful engines paired with the return of centre differentials and beefed up aerodynamics.

Citroen's statement read: "Very close [to] the finalised car, the C3 WRC concept car hints at the intentions of the Citroen style centre without giving everything away about its final form.

"Based on the new C3 [road car], it retains all of its curves and fresh appeal. 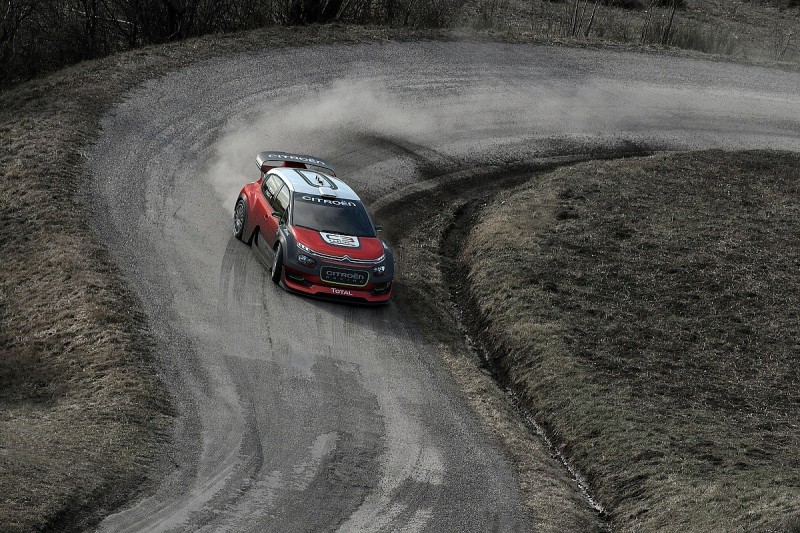 "This ultra-sporty, brawny, and chiselled version incorporates the stylistic elements of the consumer version: a two-level illuminated logo, two-tone canopy and accents echoing the colours of the canopy.

"The exterior also stands out with a chassis 55mm larger than the new Citroen C3, affording greater aerodynamic freedom such as a spoiler for the front bumper."

In the meantime, Citroen Racing is continuing its test programme with the C3 WRC in Portugal this week.