© 2021 Motorsport Network. All rights reserved.
TV Tickets Fashion Giorgio Piola Jobs
Previous / M-Sport: No reason not to be at same level as '18 without Ogier Next / Ott Tanak now prepared for title after 'rookie' year with Toyota
WRC News

Citroen has not won a WRC title since the full-time exit of Sebastien Loeb at the end of 2012, during which period it has triumphed on only seven rallies.

Ogier won the 2017 and '18 world titles with M-Sport but has moved back to his former team amid fears over Ford's investment into the M-Sport squad.

"We have to win, of course we are here for that," Budar said during the launch of this year's WRC at the Autosport International Show.

"We start the season with this goal and with this driver line-up we have very good reason to think about it."

Budar took over from Yves Matton as team principal ahead of Rally Sweden last year.

The team has implemented a number of changes in that period, with Esapekka Lappi joining Ogier in a revised driver line-up, amendments to the technical staff, and a change of approach with the development of its C3.

"We will see if the progress is good enough, but we've had one year to redesign the team," said Budar.

"We had some new technical people involved last year and now some new drivers, so of course we hope to have made the necessary work to be able to win again.

"We made a few modifications to the car, especially on the suspension, the geometry and the dampers, but it's a continuous work to improve the car on every field, and it still has to be done, it's never finished.

"We had some proposals to make to our new drivers to make sure we will do the job in the proper direction.

"It's very interesting to have new drivers coming with back-up from two different cars, all of them have had different experiences so it was interesting to know what their feeling was with our car.

"It has been a good surprise that they have the same advice [on what to improve] so we have a proper view on where to improve." 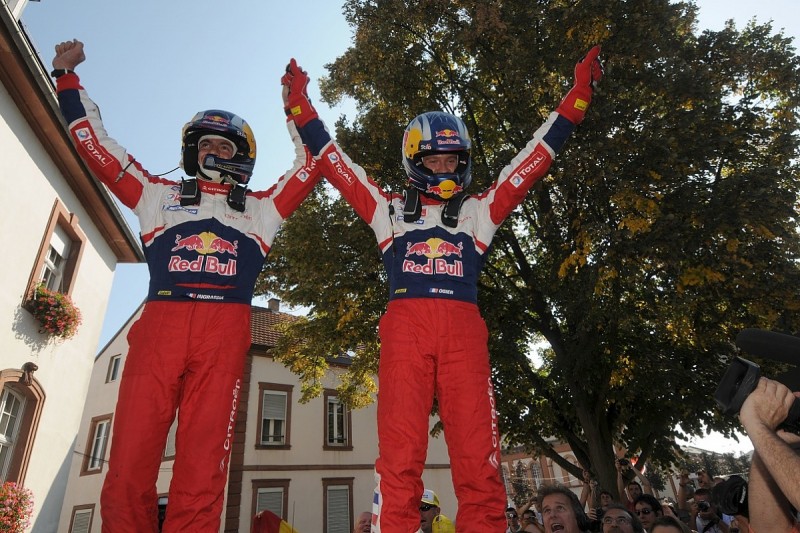 Ogier won seven rallies for Citroen between 2008 and 2011, and is confident he can return the marque to the top step of the podium in 2019.

"We have a good feeling, a good first impression in the car," Ogier said.

"Every kilometre we have had in the car so has been very important. It was a discovery as we try to analyse as soon as we can what's wrong with the car and what we would like to improve.

"Both Esapekka and I have pointed out areas we would like to work to help make the car even stronger, so that's exciting and to have a proper comparison with the Toyota and the Ford is interesting for the team.

"What matters the most is having a car that can fight for the championship, so hopefully we have it and will be able to start the season on a good level already before getting even stronger."

M-Sport: No reason not to be at same level as '18 without Ogier