Craig Breen admitted it was “a bit surreal” to share the Monte Carlo Rally podium with the World Rally Championship’s greatest drivers in Sebastien Loeb and Sebastien Ogier.

The M-Sport driver produced a measured drive to third at last weekend’s WRC season opener to kick off his 2022 campaign with a tidy haul of points.

Competing in his first event as a full-time WRC driver for the Ford squad, the Irishman delivered a clever drive across the four days, electing not to be drawn into full attack mode all the time to ensure he brought the new Puma home 1m39s behind winner Loeb.

A cautious Breen had been sitting sixth heading into Saturday, but rose to third after Toyota’s Elfyn Evans crashed out on stage 11 and the Hyundai duo of Ott Tanak snd Thierry Neuville also suffered a crash in stage 11 and a broken front damper respectively.

“It’s been a good weekend," said Breen. “It still feels a bit surreal to be sitting here sharing a podium with these guys [Loeb and Ogier],

“I hope it’ll not happen again,” he joked. “If they’d not been there I could have won the rally. It’s really amazing, we share 17 world titles between the three of us.

“I knew before the start it would be a difficult one for me," he added.

“I’ve not done the event for four or five years and this in only my fourth time here.

“To come away from here with a podium on the most difficult rally of the year, I’m delighted.

“This is mainly thanks to the team – they have done an amazing job, given us all the tools to perform. Myself and [co-driver] Paul [Nagle] have learned with every kilometre.” 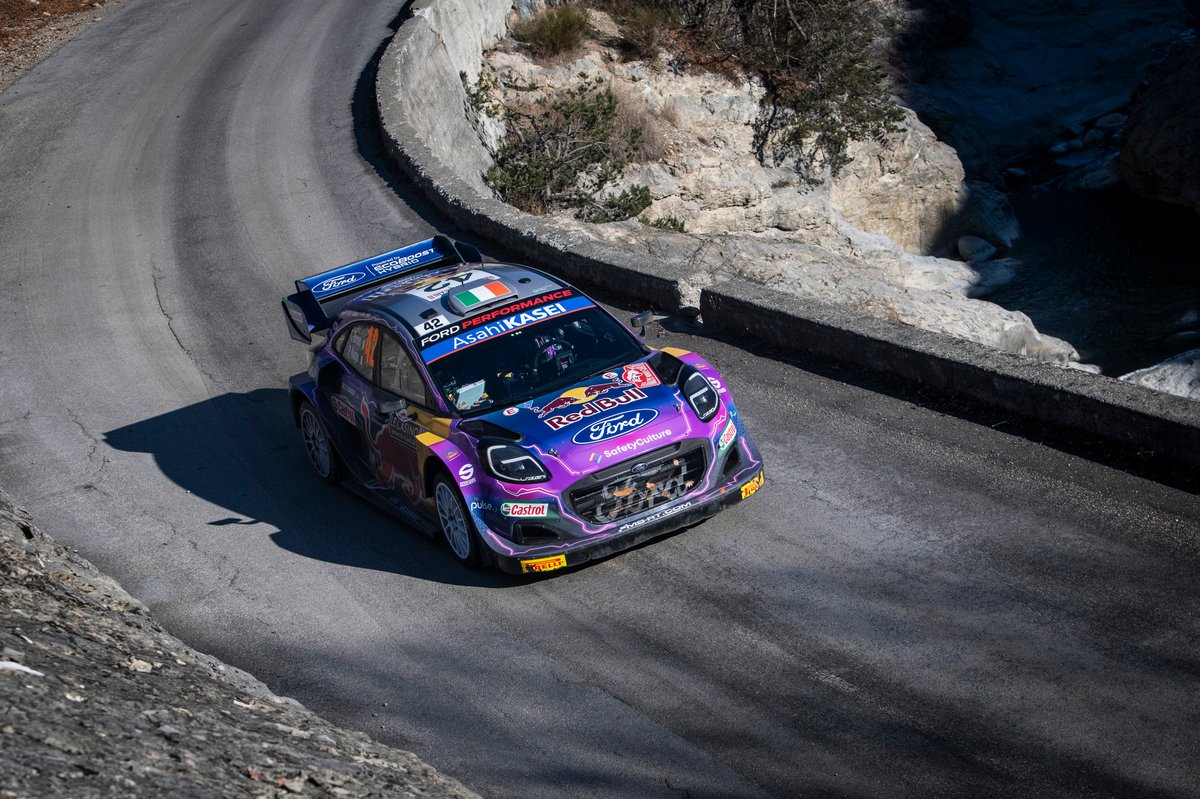 Breen gushed about the potential of his Puma on several occasions in the rally but was focussed on avoiding any unforced errors as he adapted to the new hybrid cars.

He also felt a crash during the pre-event test that robbed him of seat time played a role in his performance.

“I probably adapted quite slowly, but that’s my nature,” he added.

“I don’t tend to stick my neck out. I take baby steps until I get there, by the end of the weekend I was much more confident.

“Probably not having the full test day, I made some set-up mistakes and it was only on Saturday morning that these were rectified. Then I could grow into the car and it worked out perfectly in the end.”

Discounting part-time drivers Loeb and Ogier, Breen sits effectively second in the championship behind Kalle Rovanpera, who finished fourth and won the rally ending Power Stage, heading into next month’s round in Sweden.