Toyota's four-wheel drive GT86 - which CEO and president Akio Toyoda asked Tommi Makinen to build for him - made its public debut during Rally Finland on Friday.

The car completed the first half of the Kakaristo stage and ran past a hospitality area with Toyota guests before pulling off.

AUTOSPORT revealed the existence of the GT86 project on Thursday.

Dispensation was given by the rally organisers and the FIA for the car to drive at competitive speeds before the course cars.

Toyoda drove the car himself for the first time at a private test on Thursday and explained that it had been built by Makinen after he spent time receiving driver coaching from the four-time World Rally champion earlier this year.

The GT86 is running in near standard form with a Subaru gearbox and front driveshafts fitted. It is being used for filming and internal promotional purposes in Japan.

On the subject of Toyota's return to the WRC, Toyoda told WRC Live: "I came here to learn about WRC and what I found out is that Toyota's DNA of rallying is really, really a lot to me.

"As a top guy of the company, I want to continue that kind of legend.

"As you know, Toyota is a company and nobody listens to the president!

"So, I have to show everybody that Toyota needs rallying to make ever-better cars.

"We don't know yet [when we will come back to WRC], however, please look at our activities in the future." 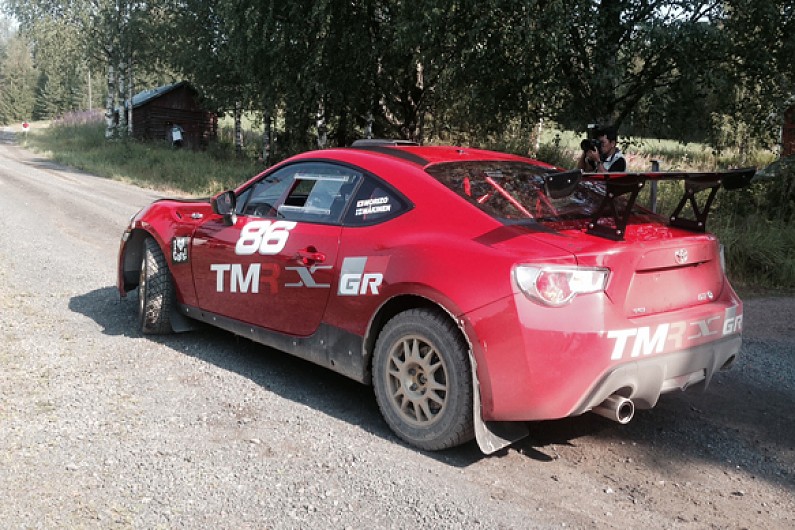