Sebastien Ogier wrapped up his third straight World Rally Championship victory with an assured, and yet sometimes fraught, performance in Portugal.

The Frenchman had to contend with charges from Mads Ostberg and Dani Sordo over the first two days, and then survived a technical scare as a slipping clutch threatened his lead on Sunday morning.

Sordo also had a victory bid ended by a crash.

The Citroen driver started day two right on Ogier's tail and was closing through SS6 until damaging the rear of his DS3.

The problem faded over the 21 kilometre SS12 however and did not return, allowing Ogier to wrap up outright victory by winning the final bonus-points power stage.

Citroen's Mikko Hirvonen was second, 58 seconds down the road.

Having already won in Sweden and Mexico, Ogier now holds a 54-point cushion over Hirvonen in the championship. The now part-time Sebastien Loeb is still third.

Unlike Ogier, Latvala's problems persisted over the 52km SS13 and he surrendered huge chunks of time.

He held onto third, and a first podium with VW, thanks largely to the sizeable gap he had already built up over the lead M-Sport Ford of Evgeny Novikov.

The Russian's fourth was at least consolation for his team after Ostberg's retirement from the lead on the opening day. 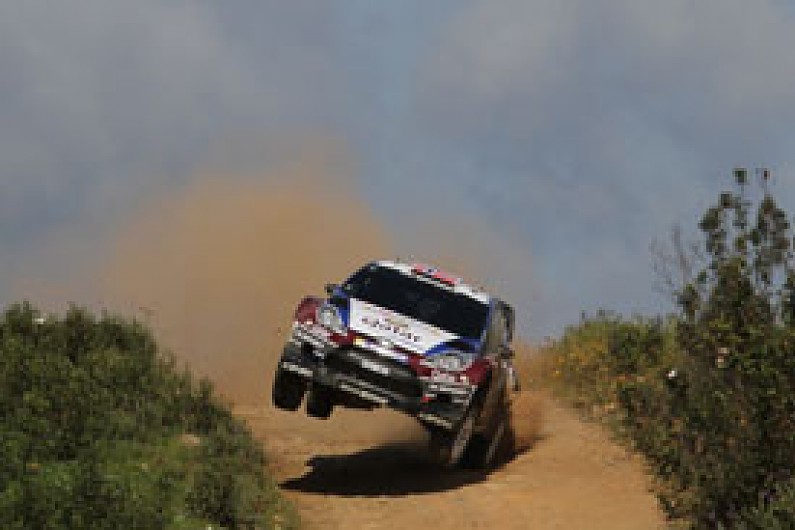 Ostberg did return and went fastest on three of the last four stages. He was only denied a clean run at the finish when Ogier beat him by 3.3s on the power stage, but his storming recovery was enough to lift him to eighth at the rally's finish.

The Citroen driver started day two right on Ogier's tail and was closing through SS6 until damaging the rear of his DS3. He recovered to finish 12th overall.

Fifth went to Nasser Al-Attiyah, who held a comfortable margin of almost two minutes over Andreas Mikkelsen in the third VW.

Martin Prokop did enough to hold off Ostberg by 40s and seal seventh, with the Citroen of Khalid Al Qassimi only 13s further down the road.

Esapekka Lappi ended up taking a dominant victory in the WRC2 category, although Robert Kubica had moved into second on the opening day before a multitude of technical issues brought his rally to a premature close.