The internal combustion-engined Supercars have been replaced by new RX1e machines in the top class for 2022, all powered by motors from Kreisel Electric.

Eight cars made it to the opening round and four-time champion Kristoffersson was the class of the field. He dominated the weekend apart from a worrying moment at the start of his semi-final.

The Swede’s Volkswagen Polo was momentarily left on the line, leaving Kristoffersson work to do to make it into the final. He battled back to second behind team-mate Ole Christian Veiby to secure himself a midfield starting spot for the finale.

Veiby, semi-final two winner Niclas Gronholm (PWR Racing PWR) and 2019 champion Timmy Hansen (Hansen Peugeot 208) all attempted to lead into the first corner of the decider but all they achieved was allowing Kristoffersson to undercut past them on the exit to move to the head of the field.

Once in the lead, he pulled away to win by 3.7 seconds to become WRX’s inaugural electric victor. It was the reigning champion’s 28th series success and his WRX strike rate is now better than one in three.

“It was a very good first weekend for WRX’s electric era, and it was great to see so many spectators at the track,” said the 33-year-old. “It’s been a huge challenge for everybody to get to this point, and all the teams have done an incredible job simply to be here. 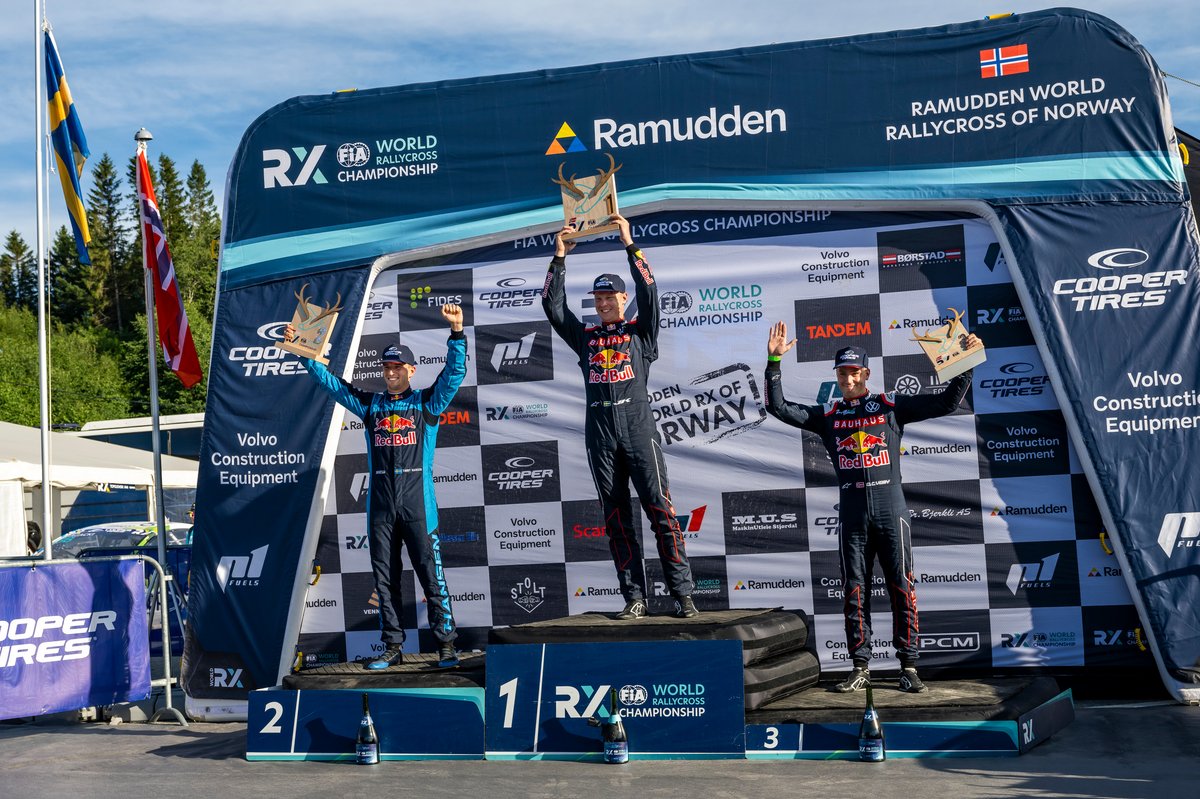 “With everything being so new, there’s obviously still a lot of work to do, but it was impressive to see how well the cars ran with so little prior testing and we are learning more about them all the time.”

Hansen narrowly took second after a tough scrap with rally driver Veiby, who thus scored a podium on his first WRX start since 2015.

Klara Andersson impressed on her first event in the top class. The 22-year-old Swede took fourth in the final, just ahead of team-mate Gronholm.

The next round is a double-header scheduled to take place in Latvia at the start of September.