Johan Kristoffersson and Anton Marklund will drive the cars, making them the first confirmed 2016 World RX signings. The new team was announced at a press conference in Stockholm on Friday.

While existing Team Sweden driver Kristoffersson was expected to remain in a Polo, Marklund moves back to his father's team from a 2015 campaign with Mattias Ekstrom's EKS Audi outfit.

"It was a really good situation to develop as a driver [with EKS], to not only be better on the track but also on the side of the track, to prepare for races and handling different situations," said Marklund.

"I didn't have the results I wanted but I learnt a lot and I can bring a lot of experience into the Volkswagen team."

The bosses of the merging teams will both have senior roles: Jan Marklund will act as team principal and oversee the project, while Tommy Kristoffersson will be general manager of the squad.

The day-to-day running of the team will be conducted by team manager, Michael Schneider, who worked for Marklund Motorsport in the same capacity during 2015.

The team's 2016 cars will be built at Marklund Motorsport's based at Boldien in the North of Sweden, before relocating to Kristoffersson Motorsport in Arvika, to be geographically closer to events in Europe.

Johan Kristoffersson claimed one win in his maiden full World RX season in 2015 and finished third in the drivers' championship, while Marklund Motorsport also scored one victory with Finnish driver Toomas Heikkinen.

"I am really looking forward to seeing what we will be able to achieve now that we have combined forces and are focusing our world championship involvement on two cars," said Jan Marklund.

"Both of the teams have done really well in the championship and have both won events and claimed podiums this year. Now we will be added to the mix of Volkswagen's involvement and our joint goal for 2016 is very clear."

The announcement leaves a question mark over 2013 Global Rallycross champion Heikkinen, a Marklund driver for the past two years and twice a World RX event winner in that time.

European Rallycross champion Tommy Rustad ran a Marklund-built Polo in his satellite HTB Racing outfit in 2015. The former touring car driver has made his intentions of racing in World RX next season clear, although the Norwegian is yet to announce any plans.

American Tanner Foust, a contracted VW driver, is known to be keen to return for some World RX outings in 2016 should his other commitments allow, but he too is yet to reveal his plans for next year.

Foust has made selected appearances for the Marklund team over the last two seasons and won in Finland last year. 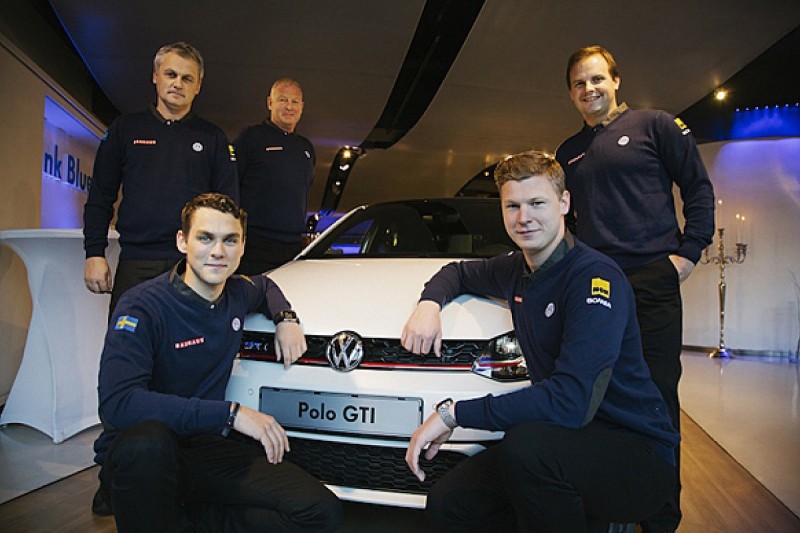