The Beetle has been added to the FIA's list of cars that are not homologated but are approved for rallycross.

Per Eklund's team is hoping sign a driver to contest the full world championship.

"We have been waiting and waiting for this decision, and it's really good that we can finally use the Beetle," said Eklund.

"We have had a lot of people interested in the car so hopefully we can use in it the full world championship, that's the plan."

Eklund Motorsport began the project in 2013 and has since been seeking approval to run the Beetle in international competition.

Team boss and long-time European Rallycross ace Eklund has tested the new car at his local rallycross circuit at Arvika in Sweden, and believes it has winning potential.

"We have tested and the car is very good, but we haven't done much development work until we know we can use it," said the 68-year-old.

"We are very busy now to get it ready for the start of the season. We are going to use a custom engine in it, and we have still work to do with that.

"The Beetle is the perfect base because it is so wide as standard, the dimensions make it a really good platform."

The new custom engine regulations have been introduced to World RX to ensure the availability of two-litre engines even if manufacturers do not produce such engines as standard for that model.

Andretti Autosport ran the first rallycross VW Beetle in the Global Rallycross Championship last season, but the American series does not require cars to run to FIA homologation rules.

Eklund is also planning to run at least one of his existing Saab 93s in the European Rallycross Championship, and is speaking to a number of drivers. 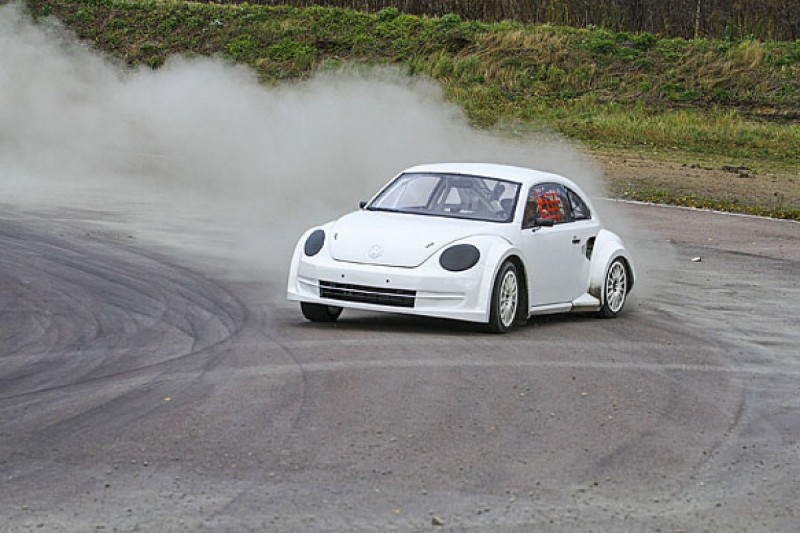