Higgins, who also holds the record for the fastest lap around the Isle of Man TT course in a Subaru WRX STI, has signed for Dumfries-outfit Albatec Racing to compete in at least the opening two rounds of the British Rallycross Championship and hopes to contest his home World RX event.

The Manxman will drive a 208 run as part of a partnership between Albatec and the University of Bolton's National Centre for Motorsport Engineering (NCME), in which students will be involved in developing the car and running it on events.

"I've driven powerful cars before but not in this environment, so I'm really excited about it," Higgins told Autosport.

"Doing the world championship round at Silverstone is something we're really working on. That's been talked about from the start.

"Obviously its budget dependant but if we can get the money together I definitely want to be there."

The British RX opener in March will also take place at Silverstone, meaning Higgins would have the chance to sample the rallycross circuit at the home of the British Grand Prix before any prospective World RX outing. 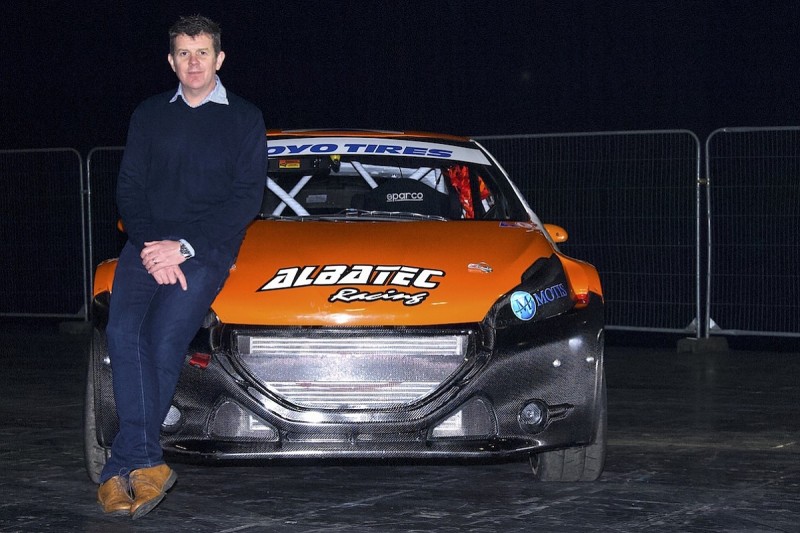 "To have 600 horsepower in effectively a world rally car with other people around you is exciting," added Higgins.

"I've raced on and off through my career, not massive amounts but I've got a bit of experience. I'm really looking forward to it, it will really be good.

"You speak to people like Petter [Solberg] and Sebastien [Loeb], they're really enjoying it.

"It's a quick shot of adrenaline and really good racing in fantastic cars, so it ticks all the boxes really. The competition is fierce in British RX, they go in pretty hard.

"I'm not going into it too confidently, but I'm certainly not going there just to make up the numbers."

Higgins's younger brother David has raced in select rounds of the Global Rallycross Championship with the Subaru USA team.

Albatec has previously introduced big-name drivers to rallycross, including 1997 Formula 1 world champion Jacques Villeneuve, who drove for the team in 2014.

"Mark comes with a fantastic pedigree of three British rally titles and numerous China Rally victories under his belt, so there is no doubt about his ability and speed," said Albatec owner Andy Scott.

"We are currently working hard to ensure he can complete the entire British RX season and to secure the budget for him to compete at the UK's round of World RX."

Nine manufacturers in discussions with World RX over electric rules