Former World Rallycross champions Johan Kristoffersson and Timmy Hansen claimed a fastest time apiece on the opening day of the second round of the series at Holjes in Sweden to be tied in qualifying overnight.

However, by virtue of Hansen beating Kristoffersson in a head-to-head battle in Q2, the 2019 World RX title winner sits top of the order.

Triple and defending World RX champion Kristoffersson made the best launch from the same Q1 race as Hansen and led throughout, defending his track position despite a big push from Hansen behind, who had taken an early joker.

While the joker merge on the final tour was close, the cars separated by a small margin, it was even closer in Q2. In that second encounter Kristoffersson initially led from pole position as Hansen’s Peugeot 208 was sent sideways into the right-over-crest opening turn, making contact with both Niclas Gronholm and compatriot Peter Hedstrom, but survived to run second.

Kristoffersson made a mistake in the ultra-fast right-hander before the Holjes circuit’s biggest jump, an area of the venue that has been revised for 2021 to mean the cars fly higher than ever. Having lost ground early on, there Hansen closed by half a second, and then immediately took his joker at the second opportunity.

Again Kristoffersson stayed out until the final tour, but this time around, Hansen had done enough to nibble the tenths out of his compatriot’s Audi S1, and dived up the inside into the left-hander after the joker merge. Kristoffersson applied big pressure to the rear of Hansen’s 208 in the final stages, but could find no way through. 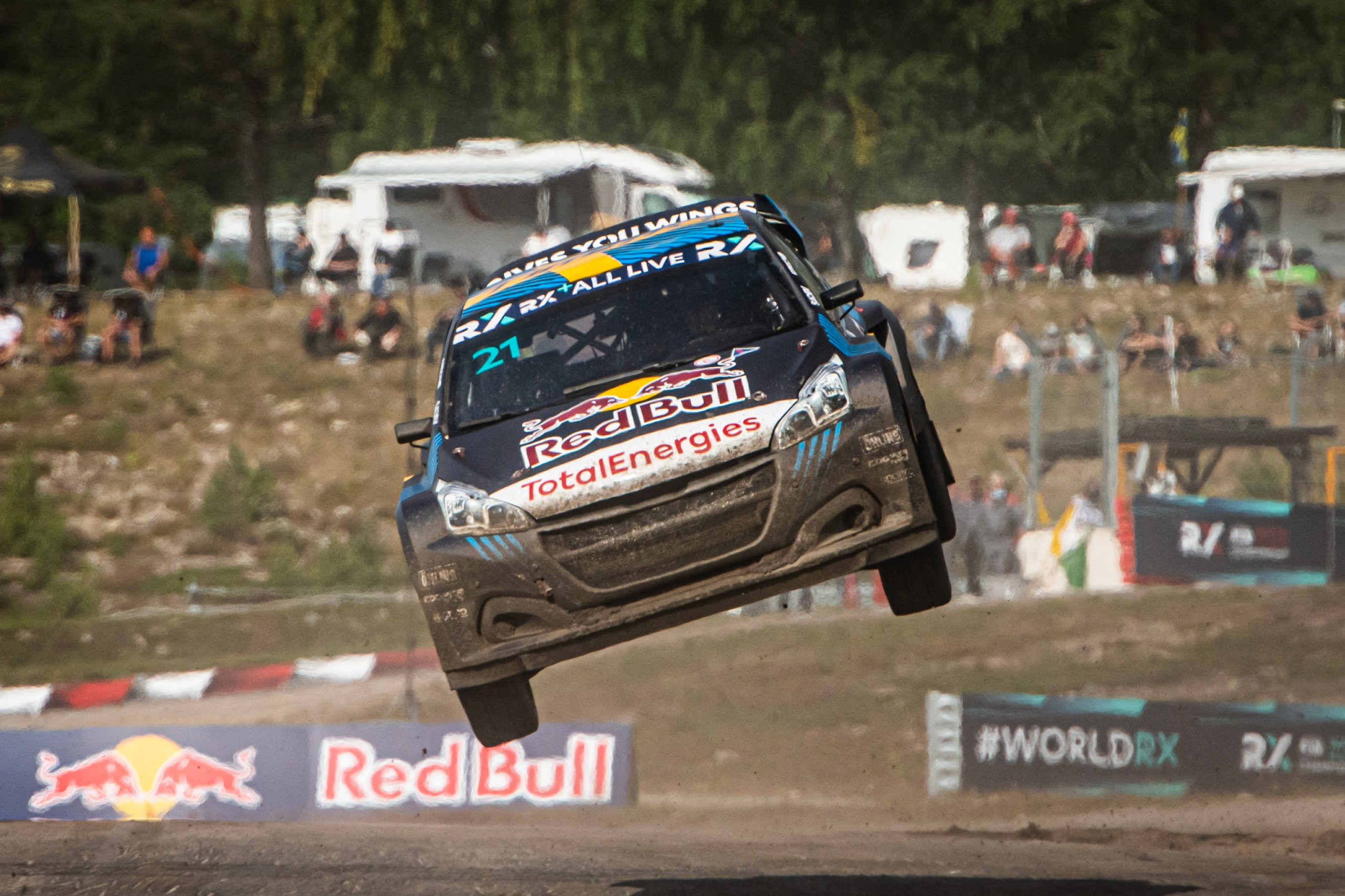 Hungarian Krisztian Szabo set the sixth best time in Q1 having followed Hedstrom, making his maiden World RX start with the ex-GRX Hyundai i20, into the joker tour, but stormed to victory in the second race of Q2 and was only just pipped in the standings by Hansen and Kristoffersson.

Gronholm was third and then fourth, despite a poor start in his Q1 race, and is third overall at the end of day one, just ahead of team-mate Szabo and Enzo Ide.

Round one winner Kevin Hansen twice lucked out in the first corner scrums and was fourth and then ninth to end the day sixth overall, two places ahead of Kevin Abbring, the former works WRC driver setting the fastest lap times of Q1 but only after he’d been spun in the joker lap after contact with Ide. The Dutchman then got stuck in traffic in Q2.