Sweden's Kevin Hansen claimed his maiden on-track World Rallycross Championship victory in the opening round of the 2021 season in Spain.

The Team Hansen driver, who had claimed a debut win at the 2019 Abu Dhabi round in the stewards room post-race, crossed the finished line first at the Circuit de Barcelona-Catalunya after a close battle in the final with the highest qualifier, his brother Timmy Hansen, and triple World RX title-winner Johan Kristoffersson.

The Hansen duo had topped the qualifying order, in part thanks to Kristoffersson getting disqualified for a technical infringement from Q1 on Friday afternoon.

While Kristoffersson won every one of the qualifying races on track, his disqualification put him back to 15th overnight, but he managed to climb back to sixth by the end of qualifying with his strike rate of fastest times.

He survived Turn 1 contact to climb to second in semi-final two behind winner Kevin Hansen, to start on row two of the final, behind the Hansen front-row lock-out.

Timmy Hansen took the lead of the final on the opening lap, the Hansen brothers running side-by-side through Turn 1, while Kristoffersson climbed to third ahead of GRX SET’s Krisztian Szabo.

Critically, he returned to the main lap just ahead of Dutchman Kevin Abbring in the Unkorrupted Renault Megane, despite Abbring being yet to take his joker. 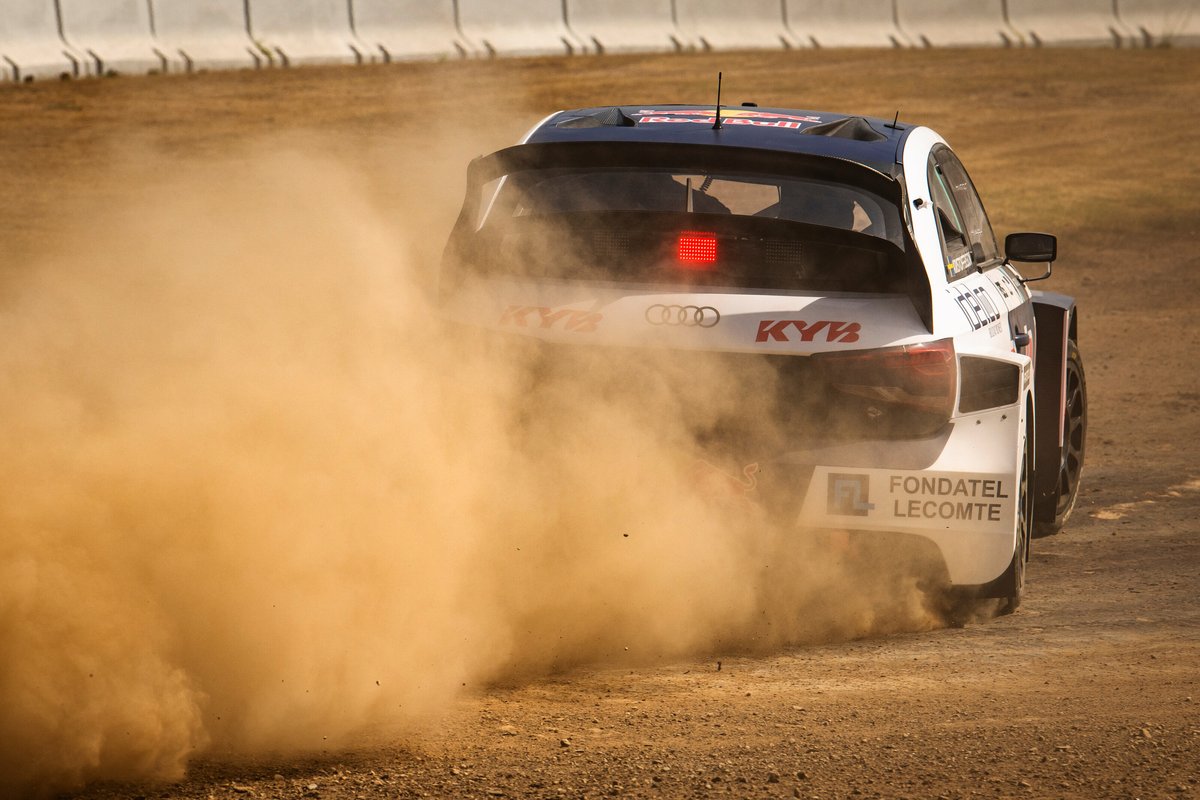 In a bid to cover off reigning champion Kristoffersson, the Hansen squad sent Timmy Hansen into the joker on the very next tour, the Peugeot 208 campaigner returning to the main track ahead of Kristoffersson, but behind a yet-to-joker Szabo.

He then continued the move around the outside of brother Timmy into the next braking zone to take the lead and, ultimately, victory.

Kristoffersson followed his Swedish compatriots to the finish, ahead of Szabo, Munnich and Abbring, the latter hampered by an issue towards the finish.

Szabo’s teammate Niclas Gronholm, who joined Kevin Hansen on the front row of semi-final two, was spun out of contention at the second corner of the knockout race in a four-way battle between Kristoffersson, Enzo Ide and Oliver Bennett.

Having qualified third, Munnich’s teammate Timo Scheider was also eliminated at the same point in semi-final one, hitting the wall on the inside thanks to a squeeze from Szabo, the Munnich Motorsport Ibiza having its front-right wheel ripped off and being sent into the air.