Niclas Gronholm leads the World Rallycross Championship finale in South Africa at the end of day one, with points leader Timmy Hansen highest-placed of the title protagonists 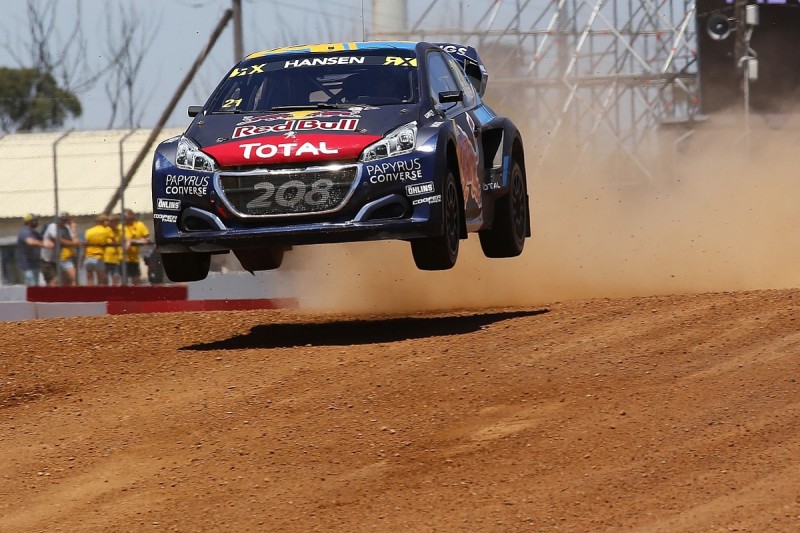