Loeb, who was knocked out in the semis on his last RX start in the series' European predecessor at Loheac in 2013, was the only member of the works Peugeot quartet to reach the final.

Solberg opened an early lead in the main event despite having no launch control on his Citroen. He had to get the DS 3 off the line using mechanical grip and his own judgement only.

His race almost ended when he clashed with Johan Kristoffersson after taking his joker lap on the fourth circuit, an impact that sidelined Kristoffersson's Volkswagen Polo.

DTM star Mattias Ekstrom was dominant in the qualifying rounds in the second EKS Audi, but contact with Loeb's team-mate Timmy Hansen ruined his semi-final run.

When the jokers were all cycled through he was fourth and one spot out of the top three places necessary to qualify for the final.

Loeb had a fantastic start in the final aboard his Peugeot 208 RX, but minor contact with Kristoffersson as both took their joker on lap one pushed him wide and that was enough to put him down the order.

He finished fifth behind Andreas Bakkerud in the Hoonigan Racing Ford Focus RS RX, slowing with a transmission problem at the end of the race.

Bakkerud's team-mate Ken Block had a tricky weekend with his throttle sticking open in one of the qualifying rounds, and further trouble on Sunday meant he didn't reach the finals. 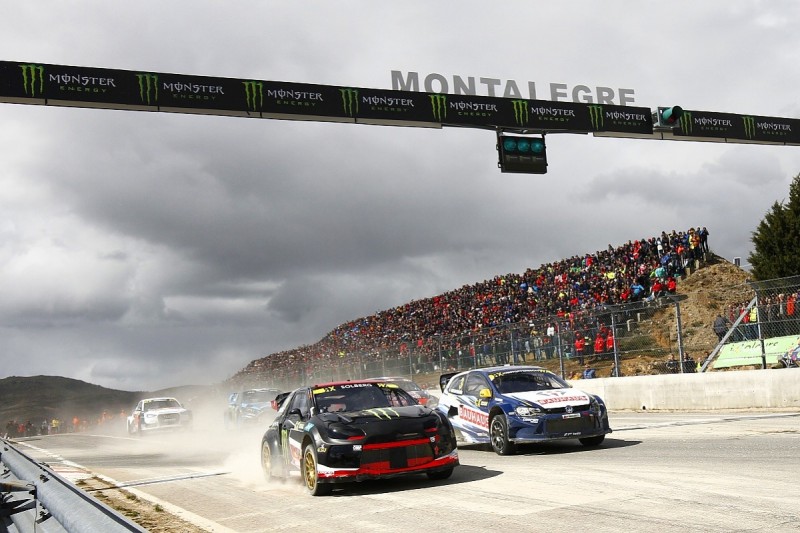