After winning semi-final one ahead of Johan Kristoffersson with a clever joker-lap strategy, Loeb took the lead of the final at the first corner as Russian Timur Timerzyanov crashed out while trying a move on the outside.

Ekstrom assumed second in his Audi S1, and maintained that comfortably to the flag as a trio of drivers squabbled over third.

Kristoffersson passed Bakkerud over the first loose-surface jump but ran deep into the following corner, losing out to both Bakkerud and Timmy Hansen, who had taken his joker on lap one.

Bakkerud did not have the pace in the final that he had carried through the qualifying stages and delayed Hansen before taking his joker on lap three, promoting Loeb's Peugeot team-mate to the podium.

Bakkerud finished fourth, with fifth place for Kristoffersson moving him to second in the points table ahead of Petter Solberg.

The two-time World Rallycross champion had his worst ever World RX event.

He was disqualified from the second heat after contact with Mattias Ekstrom and crashed into a tyre wall in the third with his visibility hampered by a misted windscreen in wet conditions.

He was eventually classified 17th for the event and didn't score a single point.

It means Ekstrom is now 27 points clear of Kristoffersson at the head of the table with two rounds remaining. 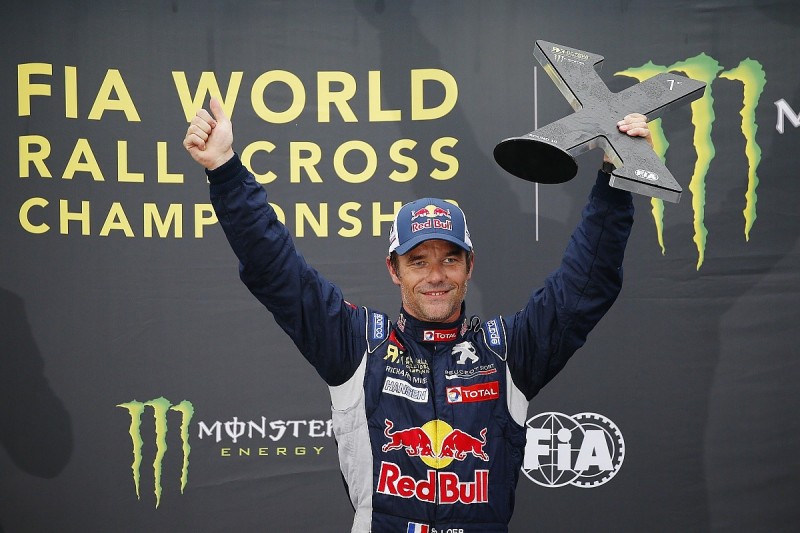