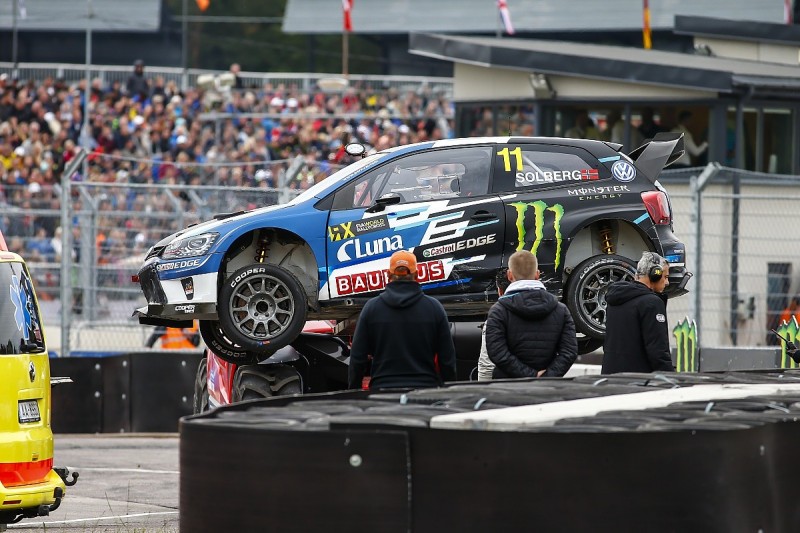 Solberg was hit by the STARD-run Ford Fiesta of Janis Baumanis at the start of Sunday's second semi-final and needed to be extricated from his Volkswagen Polo before being transferred to hospital in Riga.

It was initially reported that the two-time World RX and 2003 World Rally Champion had broken his collarbone, but a further updated provided by Solberg's PSRX team on Monday evening confirmed he had also broken ribs nine and 10 in the lower left of his back and had bruised a lung.

Solberg will be transferred to a hospital in Sweden, where his collarbone will be operated on in the coming days.

It has not been confirmed whether Solberg - who is second in the World RX points but only five points clear of outgoing champion Mattias Ekstrom - will miss the penultimate Estering round of the series in Germany next weekend.