Andreas Bakkerud stormed to victory at round seven of the European Rallycross Championship at Loheac, France, while Sebastien Loeb just missed out on reaching the final

It was the second win in a row for young Norwegian Bakkerud, who won last time out in Sweden.

Bakkerud lined up on the front row of the grid having won his semi-final, alongside Petter Solberg.

Solberg made the best start, and led into the first corner, just ahead of Bakkerud.

Tanner Foust, Davy Jeanney and Timur Timerzyanov battled for fourth position, which became a fight for third when French driver Jeanney took his joker on the first lap.

Bakkerud made a move past Solberg on lap two to take the lead, but ran deep, allowing Solberg back in front.

Bakkerud repeated his move on Solberg on the third lap, and this time made it stick to claim the lead, which he never gave up, taking his joker towards the end and returning in front.

Timerzyanov jokered on the second lap, while Foust took on the fifth lap, coming out just ahead of Timerzyanov. The two then made contact into the next corner; Foust ending up in the wall as a result.

Bakkerud continued to pull a lead, clear by almost two seconds as he crossed the finish line to take the win ahead of Solberg and the ever consistent Jeanney. 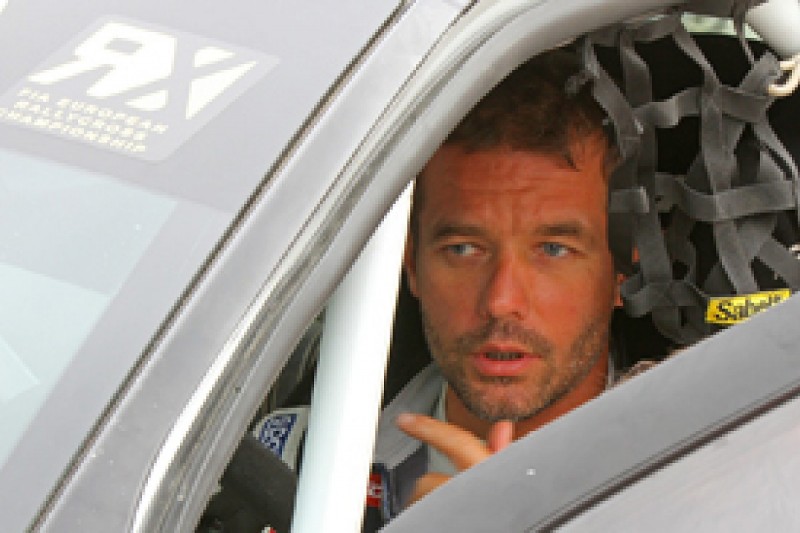 Loeb finished fourth in his semi-final, just four tenths of a second behind Timerzyanov and a place in the final.

Kris Meeke was classified 18th and did not make it to the semi-final stages.

Fast all weekend, the Brit picked up a puncture in heat two and a disqualification for rough driving in heat three.

Greinbach European Rallycross: Doran leads after day one in Austria