Four-time World RX champion Kristoffersson had made it four wins from four on Saturday, and crossed the finish line first on Sunday, only for victory to be handed to Gronholm when he incurred a 10-second penalty for contact with Timmy Hansen.

As usual, Kristoffersson had to rebound from setbacks to take Saturday honours in his Kristoffersson Motorsport Volkswagen. He suffered a double puncture in his progression race, but bounced back to win his semi-final. The other semi went to the sister KMS VW of Ole Christian Veiby, who had sustained a puncture of his own in heat one when he brushed the wall on his joker lap, and as a result crashed after the finish line.

Kristoffersson led Veiby home in the final for a 1-2, with the Hansen brothers’ Peugeots next up, Timmy ahead of Kevin.

“I was a bit worried after getting the punctures in the progression race, and that was on my mind in the final, so I was trying to play it as safe as I could,” Kristoffersson revealed.

Saturday was a disaster for the Construction Equipment Dealer Team PWRs of Gronholm and Klara Andersson, who clashed with each other in their semi-final and didn’t make the final. But a spectacular improvement on Sunday included a semi-final win for Gronholm, with Kristoffersson top of the other semi. 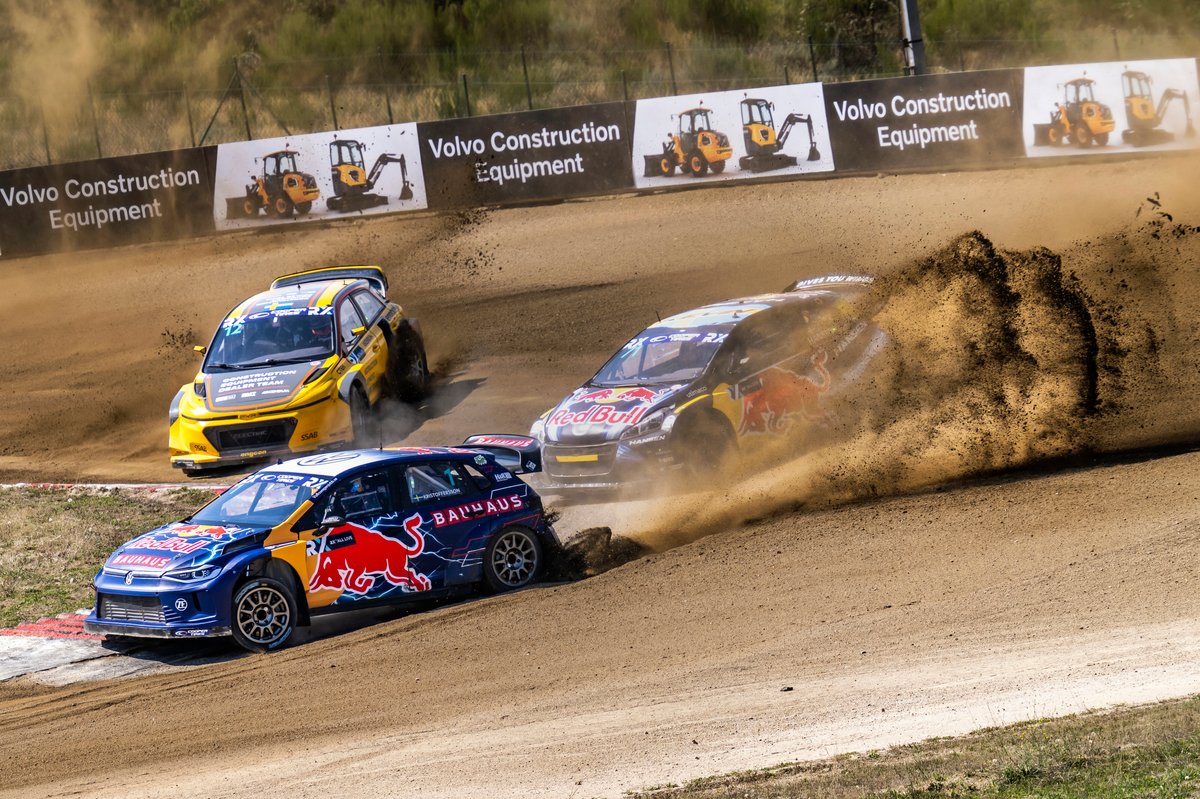 Gronholm took an early joker in the final and looked in good shape as he chased Kristoffersson, who then took his own joker and emerged just in front, only to be penalised for a second-lap clash that sent early leader Timmy Hansen into the gravel. That promoted Veiby to second and Andersson into third position, with Kristoffersson classified fifth behind Hansen.

“This obviously isn’t the way I like to win and it’s always slightly bittersweet in situations like this,” said Gronholm, the son of double World Rally Championship winner Marcus.

“We struggled in the first four rounds, but today was a bit better and we finally came away with a result.

“We’ve had a tough season so far, but we seem to be on a good path at last – so hopefully we can keep this going.”

Despite the penalty, Kristoffersson continues to lead the championship standings with 91 points, 21 clear of team-mate Veiby with Timmy Hansen a further four points back.