The shock announcement comes at the end of the team's second year in World RX, having begun its programme at the start of 2016 with the M-Sport built Ford Focus RS RX.

"Although we have thoroughly enjoyed competing in the exciting FIA World Rallycross Championship, it's a natural time for us to take a break as the future of the series takes shape," said Dave Pericak, Global Director of Ford Performance.

"To continue in WRX would have required the development of a new race car, and with so much discussion happening around the future of rallycross from a powertrain package standpoint, it made sense for us to pause until it's better defined.

"Rest assured, we remain absolutely committed to hot hatches and all things performance and think rallycross has a bright future."

Team owner Block had recently confirmed to Motorsport News that after a disappointing second year in the series, the Hoonigan squad was focusing on the development of the Focus RS RX ahead of the 2018 season, but those plans now appear to be shelved.

"Both myself and Ford Performance have learned a lot from this programme," said Block.

"While we both would like to continue with the effort, it simply doesn't add up at this point. 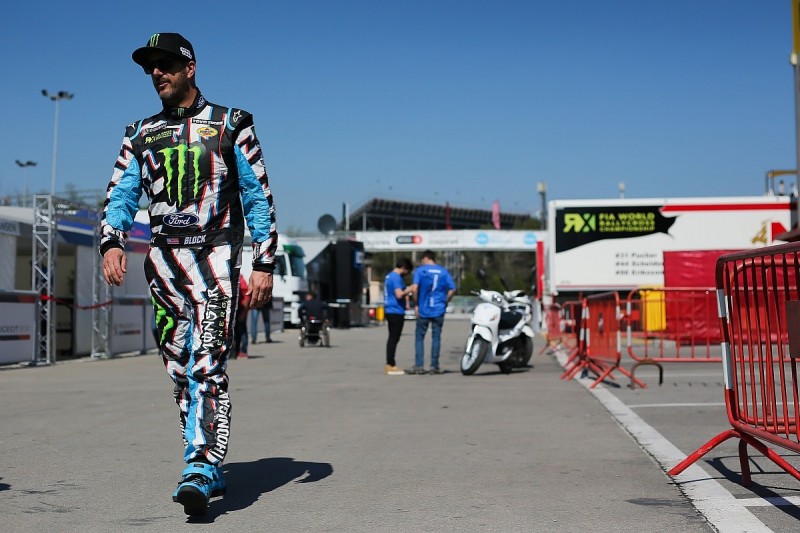 "Aspects of the sport are up in the air for the future, so putting a lot more money into developing a new race car to try to battle for the championship just doesn't make sense right now.

"It's certainly disappointing, but that's how the economics of motorsports go sometimes."

Block's team-mate Andreas Bakkerud claimed three victories for the squad in 2016 on his way to third overall in the drivers' championship.

The Norwegian is understood to be at the end of a two-year contract with the team, but was expected to be retained for 2018, prior to the decision to withdraw from the series.

"As for Andreas, he put in a tremendous effort to try and bring home a title with us," continued Block.

"He's one of the most talented drivers I've ever worked with and I'm honoured to have been able to have him as my team-mate.

"I'm fully confident that he's going to be snatched up by one of the other teams in the World RX paddock as soon as the news gets out that he's available for the 2018 season and I'm looking forward to shipping him a bottle of champagne when he finally brings home a championship for himself."

Ford is the only manufacturer of the four currently involved in World RX (alongside Volkswagen, Audi and Peugeot) not to have publicly registered an interest in the potential introduction of electric technology.

Ford Performance added that the Hoonigan Focus RS RX Supercars will not be sold 'based on a pre-existing agreement' and will instead be used for displays and demos.

Block will continue his relationship with Ford that began in 2010 as a global ambassador for the brand, competing in various motorsport and Gymkhana events, and producing digital content.