The second round of the new World Rallycross Championship, the AUTOSPORT World RX of Great Britain at Lydden Hill, has attracted a record entry in the headline Supercar class

The May 24-25 event features the largest Supercar entry since Britain returned to the international rallycross calendar with its 2009 European date.

Last year, only 19 Supercars took part at Lydden, but this year the tally will be 37.

"It's an incredible entry, by far the best we've ever had at Lydden," said Lydden Hill owner Pat Doran.

"The advent of a new world championship for rallycross was a huge step forwards but to have nearly 40 of these sensational Supercars all battling out for the top prize here has exceeded even our wildest expectations."

Petter Solberg, winner of the season-opener in Portugal earlier this month, is excited to be competing in the UK again, after a disappointing run at the event for the Norwegian last season on his return to the sport. 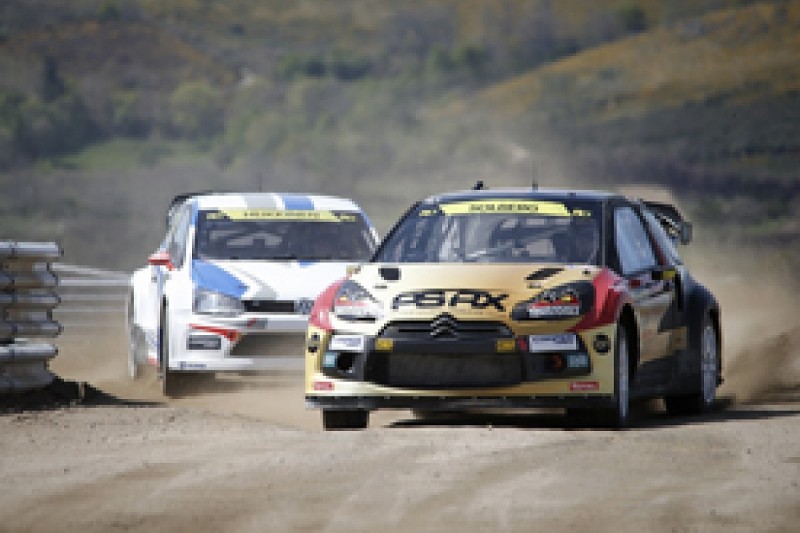 He is no stranger to success in the UK, having won Britain's World Rally Championship round four times for Subaru, with Rally GB also the scene of his 2003 WRC title-clincher.

"I'm really looking forward to Lydden. The track itself is fantastic, but especially the British fans, they are so enthusiastic with a passion for the sport just like mine. British people really 'get' rallycross," said Solberg.

"I'm very, very happy to be coming. This year we come in a much better place than we were last year.

"We won the first round in Portugal, which was great, but when I think back to how badly prepared we were compared to this year we should never have started the season.

"This time we're in a much stronger position."

Jeanney to replace Villeneuve at Lydden Hill World Rallycross round