BMW will return to the top class of endurance racing next year when its new BMW M Hybrid V8 racer makes its competition debut with Team RLL in the IMSA SportsCar Championship.

A WEC programme will follow in 2024, with BMW moving to appoint Vincent Vosse's WRT outfit as its partner squad for its first assault on outright victory at the Le Mans 24 Hours since its last win in 1999 having entered an M8 GTE in the GTE Pro class for the 2018-19 WEC Superseason.

WRT has been affiliated with Audi since its inauguration as a GT3 outfit for the 2010 season, winning the Nurburgring 24 Hours, Spa 24 Hours and Bathurst 12 Hours as well as myriad titles across SRO's GT World Challenge platform, but its split with the Ingolstadt marque was confirmed earlier today.

The Belgian team, having conquered the LMP2 class on its Le Mans debut last year as well as securing WEC and European Le Mans Series LMP2 titles, had planned to partner with Audi on its LMDh programme for 2023 prior to its cancellation.

Vosse said he was "extremely happy with the start of this new partnership with BMW M Motorsport" and described the step up to LMDh as "the logical next step" for the team.

"We are not only thrilled about the challenge ahead but also thankful for BMW M Motorsport’s trust in us.

"I can still remember when BMW M Motorsport won at Le Mans in 1999, as I was one of the drivers of the team in the neighbouring box. We will work hard to repeat these moments and live them together."

The M Hybrid V8 had its first roll-out last month in Italy close to the HQ of chassis partner Dallara, and WRT is set to undergo an intensive testing schedule with the car before racing it in the WEC. 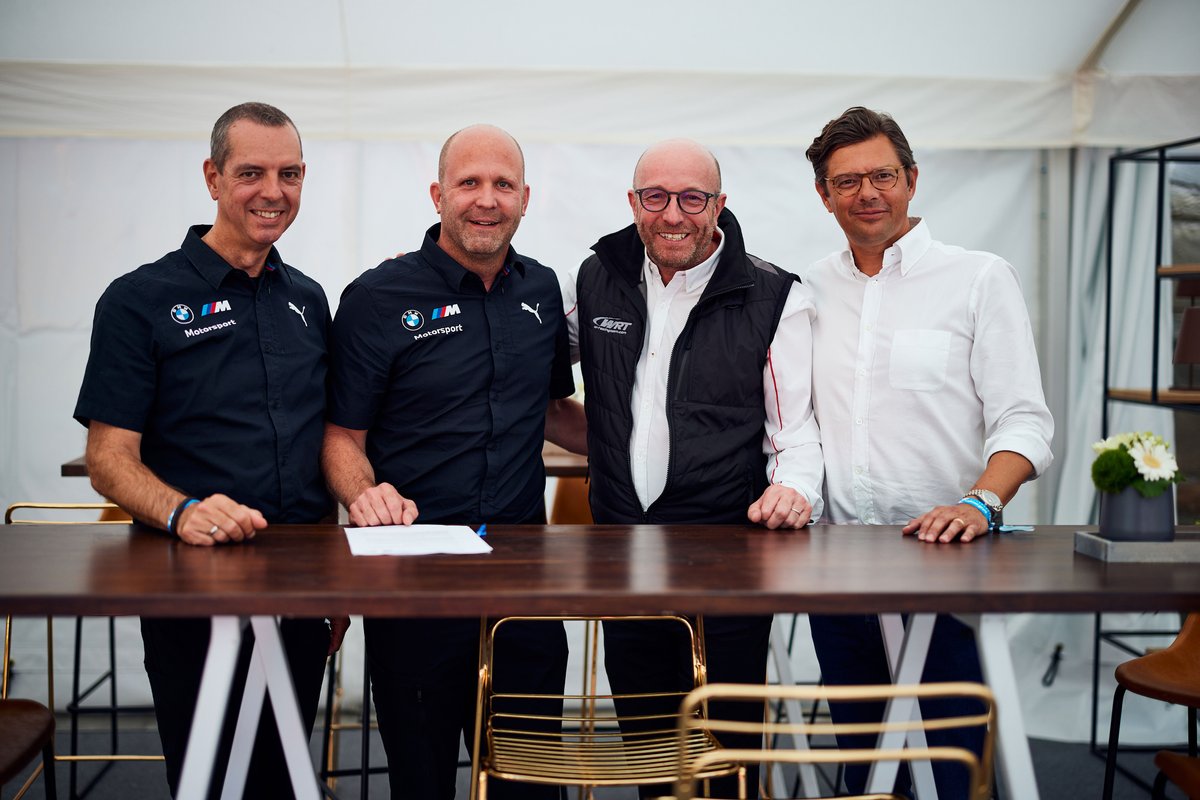 A GT3 programme with the team in 2023 has yet to be discussed, but it is expected that WRT will continue in the GT3 arena next year alongside its LMP2 programme.

"From the word go, discussions with Vincent Vosse and his partners were very positive," Roos said.

"It was immediately clear that we share a passion for the WEC project and the BMW M Hybrid V8, and it did not take long to come to an agreement on collaboration.

"There will now be a period of intensive preparations next year, before the first competitive appearances in 2024.

"We have not yet considered any potential appearances for Team WRT in GT racing.

"Over the coming months, we will make a decision about our race programme for the BMW M4 GT3 in the 2023 season in close collaboration with all our BMW M Motorsport teams.”

BMW M boss Franciscus van Meel added: "We are proud and delighted that a top-quality team like Team WRT has agreed to take on our BMW M Hybrid V8 and compete with it at Le Mans, and at all the other WEC races.

"The next few years will see us in a great position in both top race programmes, with BMW M Team RLL in the IMSA series and Team WRT in the WEC."