A new working group of P1 teams has agreed to a limit of 50 car days for next year and is considering further means to control budgets for future seasons.

Vincent Beaumesnil, sporting manager of WEC promoter and co-organiser the Automobile Club de l'Ouest, told AUTOSPORT: "We have agreed on 50 car days maximum; if you test two cars on one day, that is two car days.

"We believe we have found a figure that is reasonable considering that we are at the beginning of a new era with new technology, but it is likely that we will go further in the future."

It is understood that the limit for new manufacturers coming into the WEC, which means Nissan, will have an allocation of 60 car days.

Manufacturers will be allowed only a certain number of exclusive tests: above that limit, believed to be 30 days, they must be willing to share their tests with other manufacturers and teams.

Beaumesnil could not go into detail on cost-cutting measures planned for 2016 and beyond.

"We are around the table and have started a very interesting process; we are establishing many documents to set out the budget for LMP1 and to define any areas in which we can save costs.

"What is important is that we assess the global impact of any decision: for example, if you save money on testing, how much more will you spend on simulation?"

Toyota is supportive of the drive to reduce costs in P1.

"We welcome this initiative from the ACO and the FIA, because we feel that the series in danger of a cost explosion and from our side we cannot afford a cost explosion," said Toyota Motorsport GmbH technical director Pascal Vasselon. 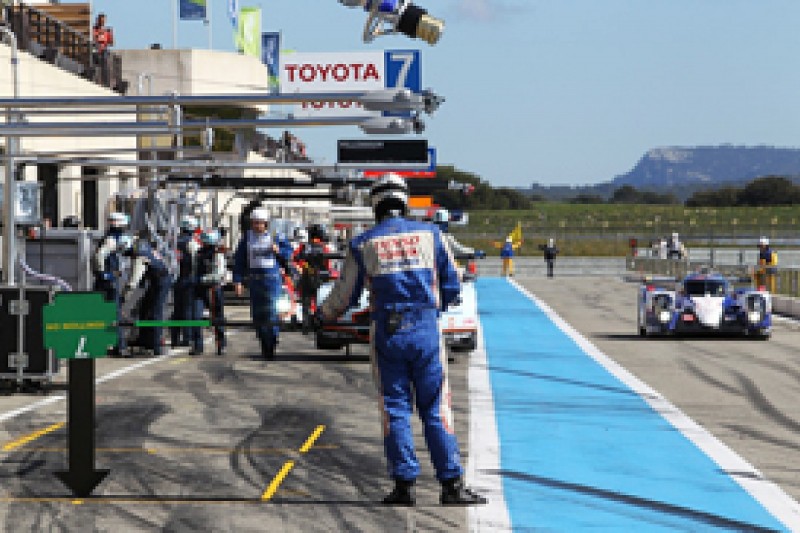 "If the series wants to keep all the manufacturers involved at the moment and maintain a healthy series, we need to make sure that we control costs."

Aston Martin Racing boss John Gaw explained that none of the current manufacturers were undertaking extensive testing programmes so a limit would have little impact on costs.

"I'm not sure that a limit on testing is so applicable in a Balance of Performance formula, because the BoP limits development anyway," he said.