Ferrari's protest against the GTE Pro Balance of Performance changes made ahead of each of the two Bahrain rounds of the World Endurance Championship have been thrown out.

The protests, filed by the factory AF Corse team, were rejected by the stewards of the meeting at the second of the two Bahrain WEC rounds on Friday night.

AF argued that the two decisions, so called black ball changes made by the WEC Committee outside the scope of the BoP, were "wrongfully set".

The Italian team provided supporting evidence, including a WEC press release for 2017 (the year the auto BoP was introduced), email exchanges between the manufacturers and rule makers (the FIA and the Automobile Club de l'Ouest) involved in GTE, as well as an unspecified table.

The stewards decreed that a press release and email exchanges do not constitute binding regulations.

Only Article 20 of the WEC technical regulations, which governs the BoP, was deemed to be legally binding, they said.

The bulletin read: "Nothing in this case permits the stewards to review the legality either of Article 20 of WEC technical regulations which are binding for the competitor as for the stewards, or the legality of the WEC committee."

The stewards also explained that the regulations state that "changes by the WEC Committee are not subject to protest or appeal”.

It also drew attention to another article in the WEC' sporting regulations which state that "decisions of the WEC Committee are taken in the last resort and thus cannot be appealed”. 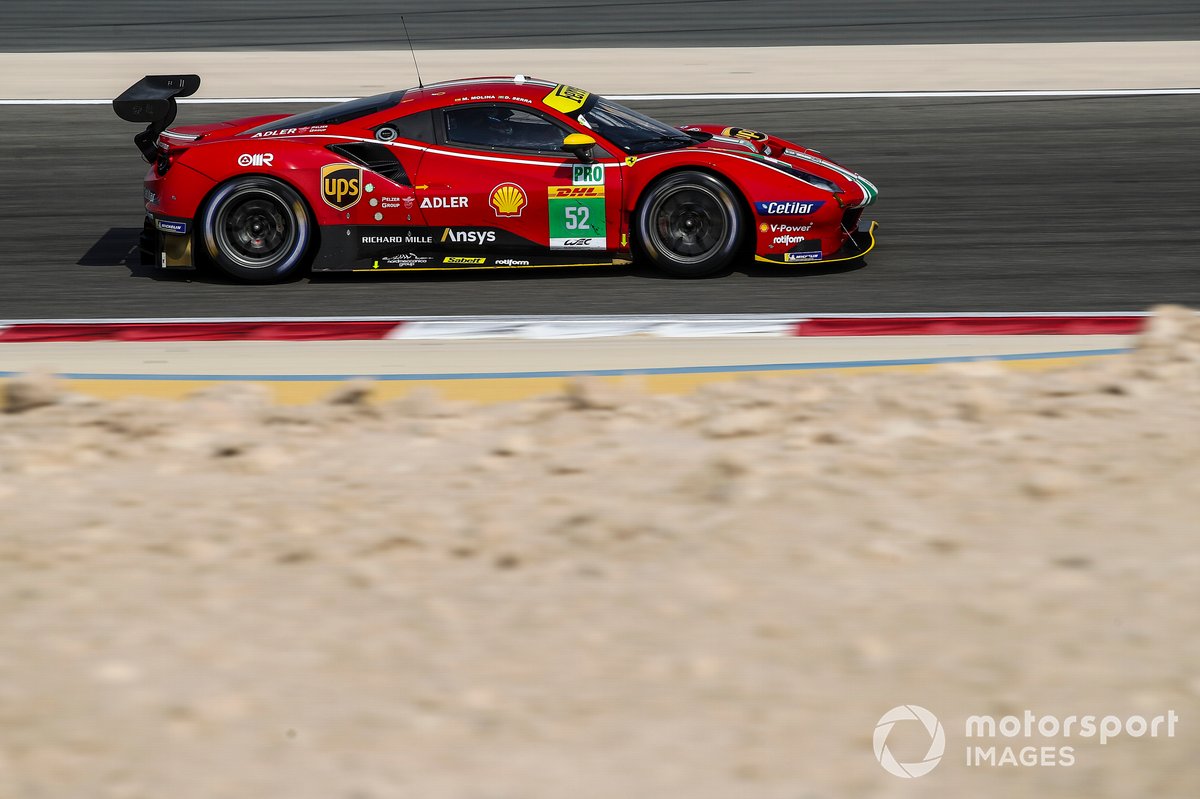 AF Corse has been reminded of its right to appeal the stewards' decision.

The decision was made in a third hearing of the protest by the stewards after AF had been asked to resubmit its paperwork.

It was requested to file separate protests for each of its GTE Pro entries in accordance with the FIA's international sporting code.

The first BoP change for the Ferrari 488 GTE Evo reduced its power by 25bhp, according to the manufacturer, for last weekend's six-hour race in Bahrain.

That is outside the 10kW or 13.5bhp maximum change permitted between races under the auto BoP.

The second BoP issued on Wednesday night ahead of this weekend's eight-hour championship finale changed the turbo boost ratio to give the car back approximately half of this reduction.

The AF Ferraris finished more than 30s behind the factory Porsche 911 RSRs in last weekend's penultimate round of the WEC, but factory driver James Calado was able to qualify within two tenths of the pole-winning Porsche of Kevin Estre on Friday.