Kamui Kobayashi and Fernando Alonso returned to the cockpit of their respective TS050 HYBRIDs for a second run in qualifying and improved their times during the 20-minute session.

The tactic, which Toyota was employing for the first time of the 2018/19 WEC superseason, proved crucial in allowing the Japanese manufacturer to block out the front-row starting positions for the Shanghai 6 Hours.

Toyota Motorsport GmbH technical director Pascal Vasselon told Autosport: "It was always in the plan to do three runs with three new sets of tyres with each car.

"We knew we had to because it was always going to be close with the privateers.

"That was as expected by us, because all the elements have been in place for them to be close to us since Fuji last month — you've got to look beyond the four-lap margin we had at the end of the race."

There have also been further changes to the Equivalence of Technology, the means by which the rules makers are trying to make the non-hybrid privateers competitive, ahead of the Shanghai race.

Alonso's improvement kept the #8 Toyota he qualified with Kazuki Nakajima ahead of the top P1 privateer, the Rebellion-Gibson R-13 qualified by Bruno Senna and Andre Lotterer. 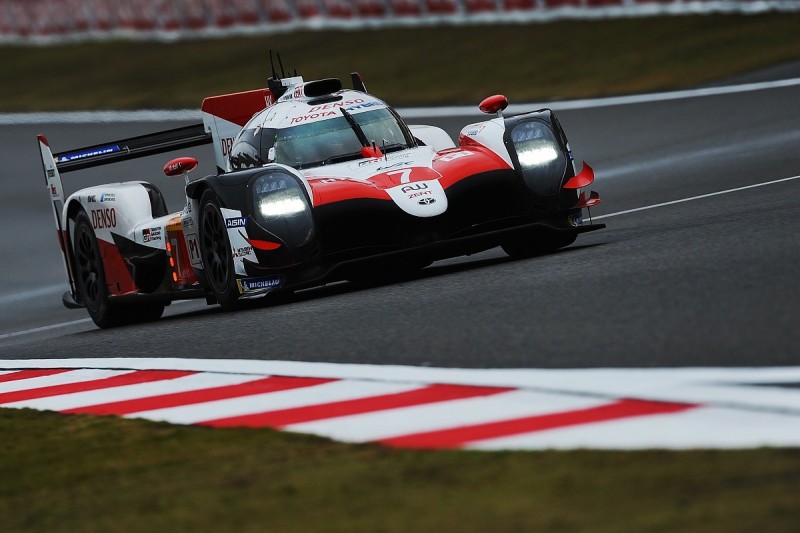 Lotterer found seven tenths when he went for a second run on new tyres, which would have been enough to put the Rebellion second on the grid behind Kobayashi and Mike Conway had Alonso not lowered his car's average.

The aggregate margin between the pole-winning Toyota and the Rebellion was just over two tenths, while Lotterer's best lap was only a tenth and half behind Kobayashi's.

Toyota maintained its monopoly of the top two spots in qualifying with its strategy.

One of the two TS050s has started from pole at each of the previous four WEC races this year, although the #7 car driven by Kobayashi, Conway and Jose Maria Lopez has twice lost its qualifying times.

It had to start a lap down at Spa in May after a procedural irregularity and then from the back of the P1 field at Fuji for a pitlane-speeding infringement.