WEC entry still "under review", but McLaren "not ready for it yet" - Brown

McLaren is still keeping tabs on a possible future World Endurance Championship entry, but CEO Zak Brown has conceded that the manufacturer is not yet ready for it.

The Woking outfit has expanded its racing operations considerably in recent years after fresh investment over the previous two years, starting with it taking a majority shareholding in the Schmidt Peterson Racing IndyCar team ahead of the 2020 season - which now races as Arrow McLaren.

It has also diversified its interests by extending its reach into electric racing, setting up an Extreme E team prior to its purchase of the title-winning Mercedes Formula E team ahead of the 2022-23 season.

PLUS: Can McLaren make a success of its foray into Formula E?

In a roundtable at the Mexico City E-Prix with selected media, Brown says the focus is now on ensuring that each team is self-sufficient through results and reach for potential partners.

Asked by Autosport if there was the prospect of further growth into other categories, Brown added that although McLaren continues to do its due diligence on the prospect of a WEC entry it would need to balance with the current teams it has.

"Yeah, we're very busy with the portfolio that we have," he said.

"The other series that I've spoken about that we continue to look at, and that's exciting for us, is the World Endurance Championship.

"We've expanded now to three cars in IndyCar on a full-time basis. We've just had our first year in Extreme E, which was successful for us, and we achieved a podium [at Punta del Este]. And now here we are in Mexico for our first Formula E race.

"I would say WEC continues to be under review, but nothing there is imminent because we need to make sure that each team's self-sufficient, both from a people resources and partnership point of view. 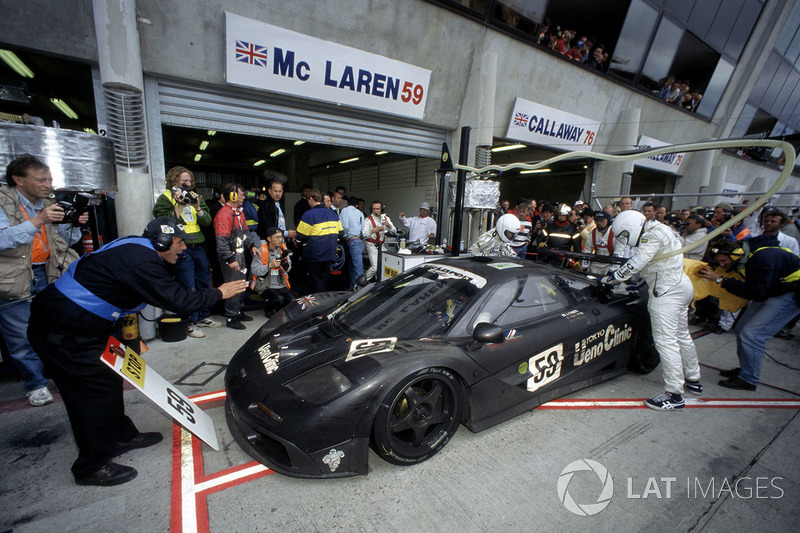 "And we need to make sure that anything else that we bring on doesn't disrupt what we.

"That's the long answer - WEC would be something that continues to interest us, but we're not ready for it quite yet."

Brown added that F1's budget cap was key to ensuring that McLaren could expand its racing operations into other series, and says without this it would not have been able to sanction its growth.

He explained that Formula E's own budget cap, which is approximately €13 million per year between 2022 and 2024, was also valuable in enticing McLaren to the all-electric championship.

"First and foremost, being a Formula 1 team, until we felt we got our Formula 1 team in a better place and a budget cap to be part of that, we weren't going to be in a position to take on an IndyCar team, or Extreme E or Formula E," said Brown.

"IndyCar, because of its technical rules, has really good cost containment, as does Extreme E.

"So I think the fiscal responsibility in sport is critically important to ensure it's sustainable and to make the sport fair and give a balanced opportunity to win.