The FIA World Endurance Championship has axed the GTE Pro class for the 2023 season amid a shift in manufacturer priorities.

The Automobile Club de l’Ouest revealed during its traditional pre-Le Mans 24 Hours press conference that the WEC will not prolong the manufacturer-led GTE Pro division for another year before GT3 regulations come into force in 2024, under the new title of 'GT3 Premium'.

The ACO had previously stated that the GTE Pro category would only continue in the WEC and Le Mans 24 Hours next year if it receives a minimum of four entries from two manufacturers next year.

However, it is understood that by this stage the decision had already been taken to axe the class in a vote of the FIA World Motor Sport Council, which was never made public.

The new 'GT3 Premium' category will feature a cost-capped body kit conversion from standard GT3 machinery, and commercially available tyres instead of the confidential rubber currently used in GTE Pro.

Currently, only five cars in GTE Pro are contesting the full WEC season, with a pair of factory entries from Ferrari and Porsche each supplemented by a single Corvette C8.R.

Only two additional cars have been entered for this weekend’s Le Mans showpiece race, with Corvette running a second C8.R and Riley Motorsport fielding a Ferrari 488 GTE on privateer basis.

Two of three present manufacturers, Porsche and Ferrari, have already indicated that they plan on stepping down from GTE Pro next year in order to focus on the top class with their new LMDh and Le Mans Hypercar contenders respectively. This would have left Corvette, which has expanded its programme to a full season, as the sole remaining manufacturer in the series in 2023. 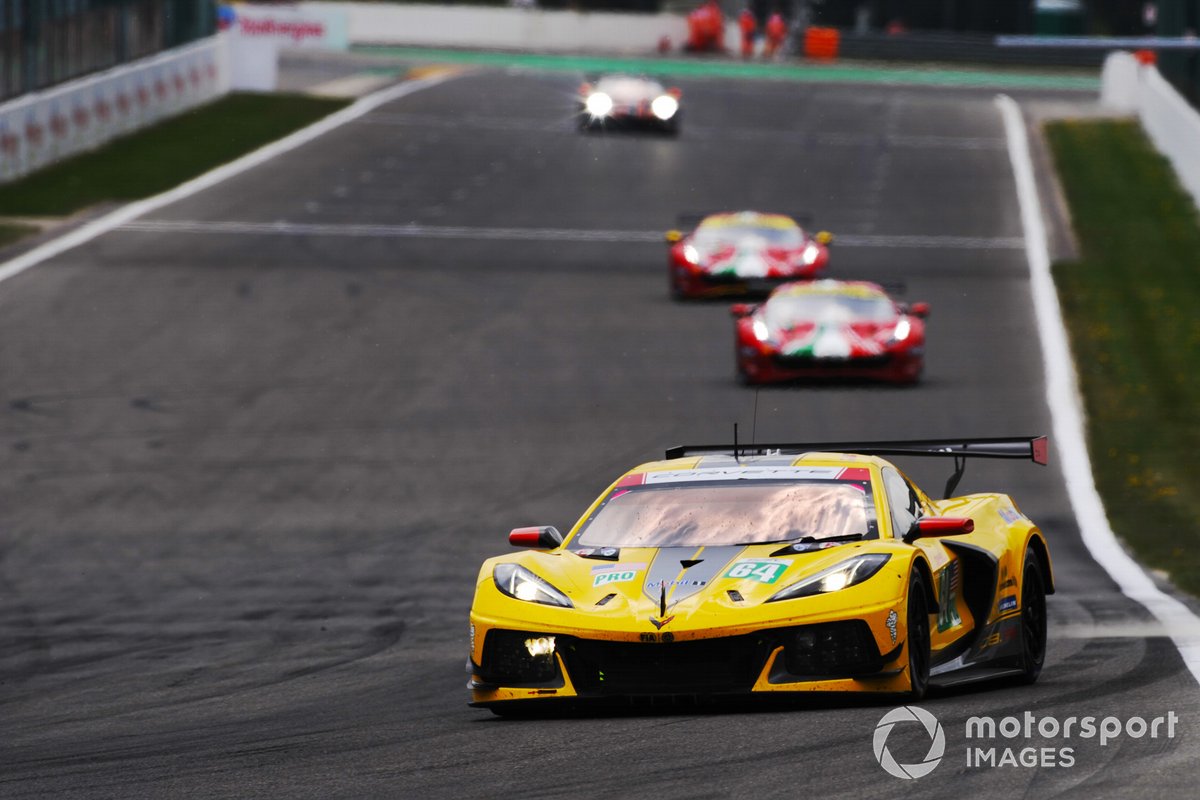 The GTE Am class, which mandates at least one bronze-rated driver in each crew and has attracted an impressive grid of 13 cars this year, will continue for another season and will be the only category for GTE cars in the WEC.

GTE Pro was first introduced at Le Mans when the erstwhile GT2 division was renamed and split into two categories, one for all-Pro crews and one for Pro-Am line-ups, in the wake of the demise of the old GT1 category after 2010, and has been part of the WEC since the series' rebirth in 2012.

Over the years, GTE Pro grew in popularity and reached its peak in 2019, when a whopping 17 cars took part at Le Mans, 10 of which were full-time WEC entries.

However, the category then suffered a rapid decline, with BMW pulling the plug on its WEC programme with the M8 GTE after contesting only the 2018/19 superseason and Ford doing likewise after four years of running its successful GT programme.

Aston Martin also left the GTE Pro division at the end of its Le Mans/WEC title double in 2020 after taking over Racing Point’s entry in Formula 1, which meant Ferrari and Porsche were left to duel between themselves during the 2021 WEC season.

Corvette became the third manufacturer this year when it expanded its programme beyond just Le Mans, opting to run one car in the WEC and a solo downgraded C8.R in the IMSA WeatherTech SportsCar Championship's new GT Daytona Pro division for GT3 machinery.

IMSA took the decision to scrap its GT Le Mans category for GTE cars at the end of the 2021 season in which the class featured just three full-time cars, the two Corvettes and a privateer Porsche 911 RSR-19 from WeatherTech Racing.

The ACO also announced that the current GTE Am category will be discontinued after the 2023 season.