Several World Endurance Championship drivers are optimistic the new breed of LMDh and LMH cars will herald the start of a new era that will outlast the LMP1 peak years.

The introduction of new regulations by both the WEC and the IMSA SportsCar Championship have brought an unprecedented number of manufacturers to the top echelon of sportscar racing, with Porsche, Toyota, Peugeot, Ferrari, BMW, Cadillac, Acura, Lamborghini, Alpine and Glickenhaus all having confirmed factory programmes for the coming seasons.

This has brought back much needed life to prototype competition, particularly in the WEC, after several lean years plagued by limited manufacturer rivalry and diminishing grids.

The WEC last enjoyed such a strong period in the mid-2010s when LMP1 formed the top class but, while the high-performance thoroughbreds from the likes of Porsche, Toyota and Audi drew comparisons to Formula 1, the rapid withdrawal of manufacturers left the category in the doldrums.

However, many believe championship organisers have since learned lessons from LMP1 and the new LMDh and LMH regulations will provide longevity to the Hypercar class.

United Autosports driver Oliver Jarvis raced for Audi at the height of the LMP1 era in 2015-16 and also has a firm grasp on DPi regulations from his time with Mazda and Acura in IMSA in recent years.

The British driver believes the way the LMDh and LMH regulations have been framed provide for a level-playing field, and it’s now financially feasible for new manufacturers to enter the class and go up against the incumbents.

“If you look at it, the LMP1 lasted a long time, it just didn't maintain the manufacturer involvement,” Jarvis told Autosport.

“I think costs got out of control. The [new] regulations come from a much better cost analysis point of view.

“It's much easier to find the budgets to make it work and to make it viable, which is why you've seen the likes of Ferrari come back and Peugeot come back. 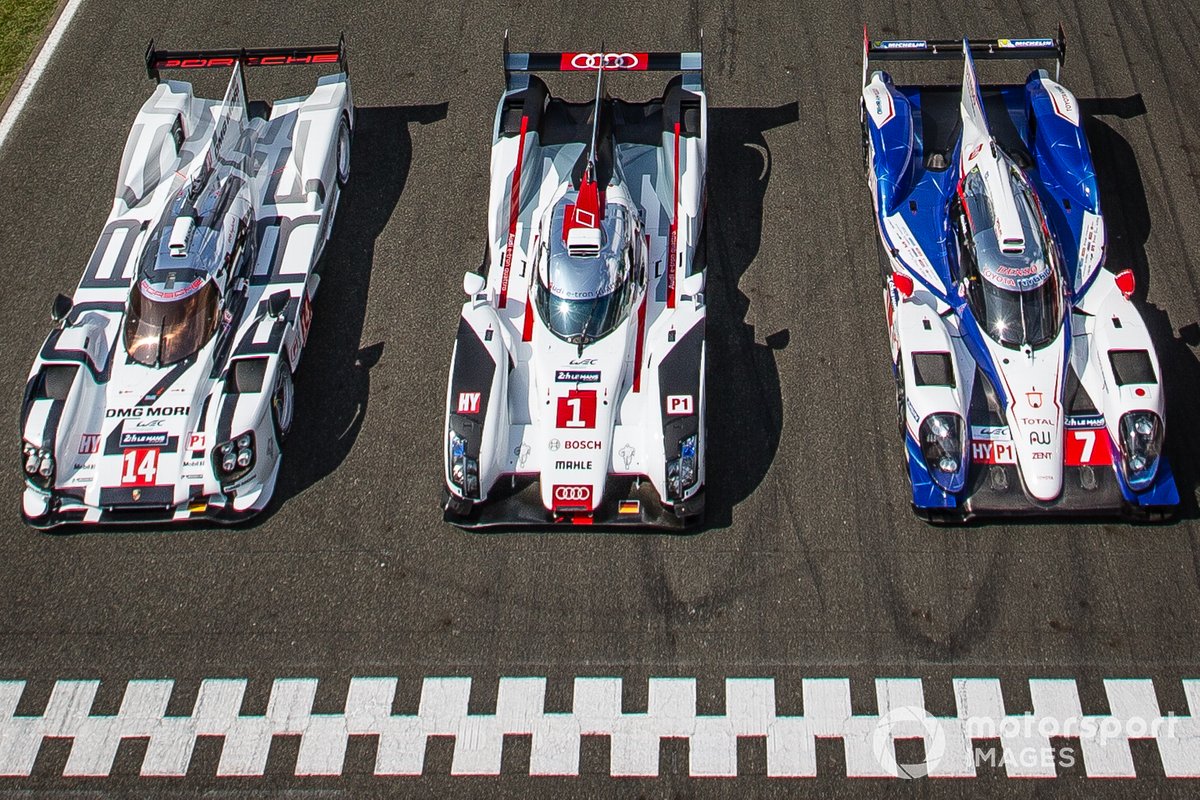 “And it's how manufacturers that probably looked at it in the past but financially they knew they couldn't compete with an Audi or Porsche back in the 2014-15 era.

“I'd like to think that this has longevity just because of that. As long as the budgets stay under control, which I believe it's possible, I don't see any reason why it couldn't be five-to-ten years.”

Acura driver Filipe Albuquerque highlighted how there is no incentive for manufacturers to throw more money on development for bigger gains, as cars are required to remain within a certain window of performance.

He also cited the requirement to lock the specification of LMDh cars for a five-year period as proof that costs of competition will not go out of control.

“Here now it's a cost cap in a way because it's really well made the way it is. You can only achieve x downforce, x number of drag and power output.

“It doesn't matter if you have like back in time the most powerful engine because at the end of the day it has to be a nice curve that you cannot go over. And the [minimum] weight [limit has to be respected].

“And once you do the car it's going to be fixed for five years. So I think that is addressing the biggest problem for manufacturers to not keep spending this amount of money they are spending now on building [the car] because it's just going to be steady [later].

“And eventually with the attraction of marketing you can get some sponsors and customers to help the manufacturers to justify that money, so it makes sense.

“We are way cheaper than LMP1. It looks good and I hope it stays longer.”

As part of the convergence of rules between WEC and IMSA, manufacturers can now compete in the top class of both championships with the same car, whether it is built to LMDh or LMH rules.

This has allowed Porsche and Cadillac to announce twin programmes in WEC and IMSA for 2023, meaning they will get to battle for outright honours at both Le Mans 24 Hours and the Daytona 24 Hours without spending money on developing two entirely separate cars. 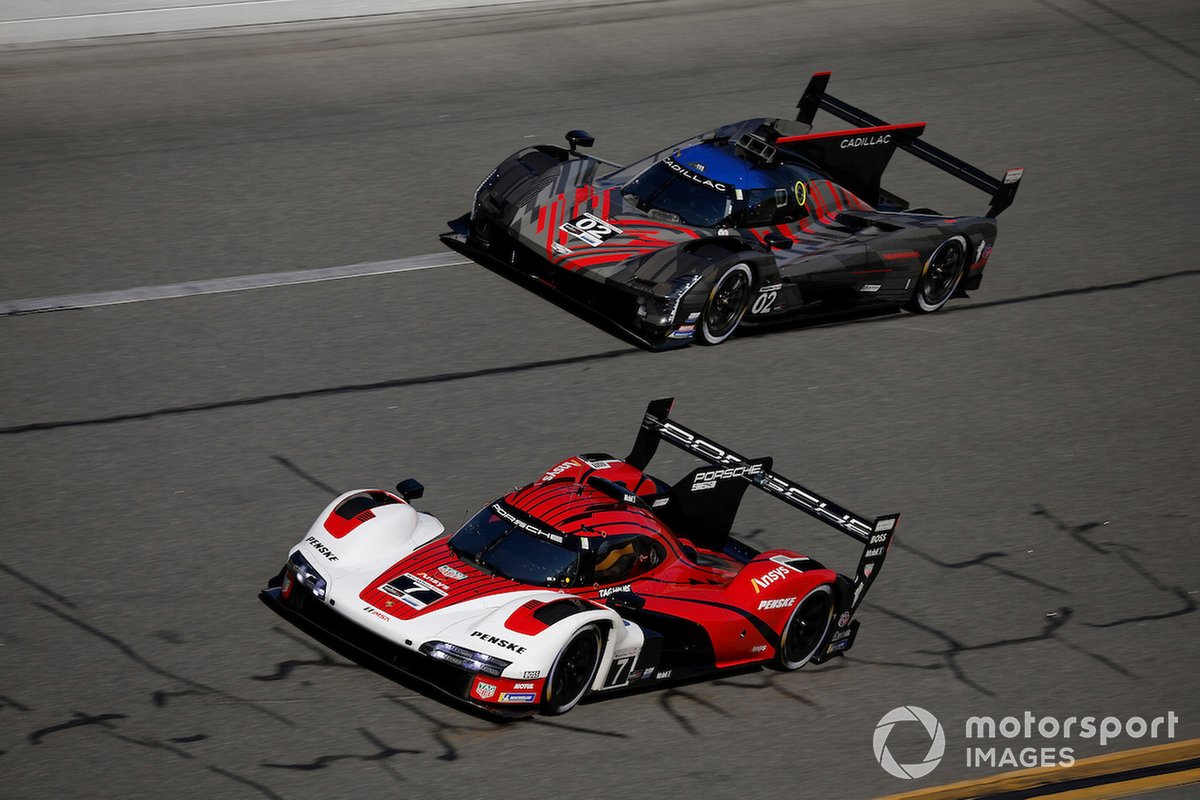 Timo Bernhard, who won Le Mans for Porsche in 2017, believes the successful convergence between WEC and IMSA has played a major role in luring back manufacturers to the top of the sportscar racing tree.

“LMP1 was different rules and for me it was more the question at that time who can compete at a high level. Also the costs were definitely also an issue.

“And now with the LMDh rules - LMH is probably more expensive - it is more attractive to manufacturers.

“Also the key is that you can run the same cars all around the world which helps as well to attract.

“It would be important for sportscar [racing] that the manufacturers stay more longer.”

Porsche is known to have spent in excess of $100 million a season when it raced in LMP1 from 2014-17, although there are varying accounts about how much money actually went into the programme.

For its return to the category, Porsche has taken the more affordable LMDh route and it will also be supplying customer cars to JOTA and Proton Competition in the WEC.

Porsche’s motorsport boss Thomas Laudenbach is reasonably confident that the new Hypercar class will continue to attract strong manufacturer participation in the coming years as the rulemakers had focused on keeping costs under check from the very beginning.

Asked if the new era of sportscar racing will last longer than the peak years of LMP1, Laudenbach told Autosport: “I very much hope so because we are very, very serious about cost control.

“We've seen in motorsport many series coming and going and very often they suffered from financial stability in general.

“So taking care of that point right from the beginning is a good approach. We have to keep it under control. 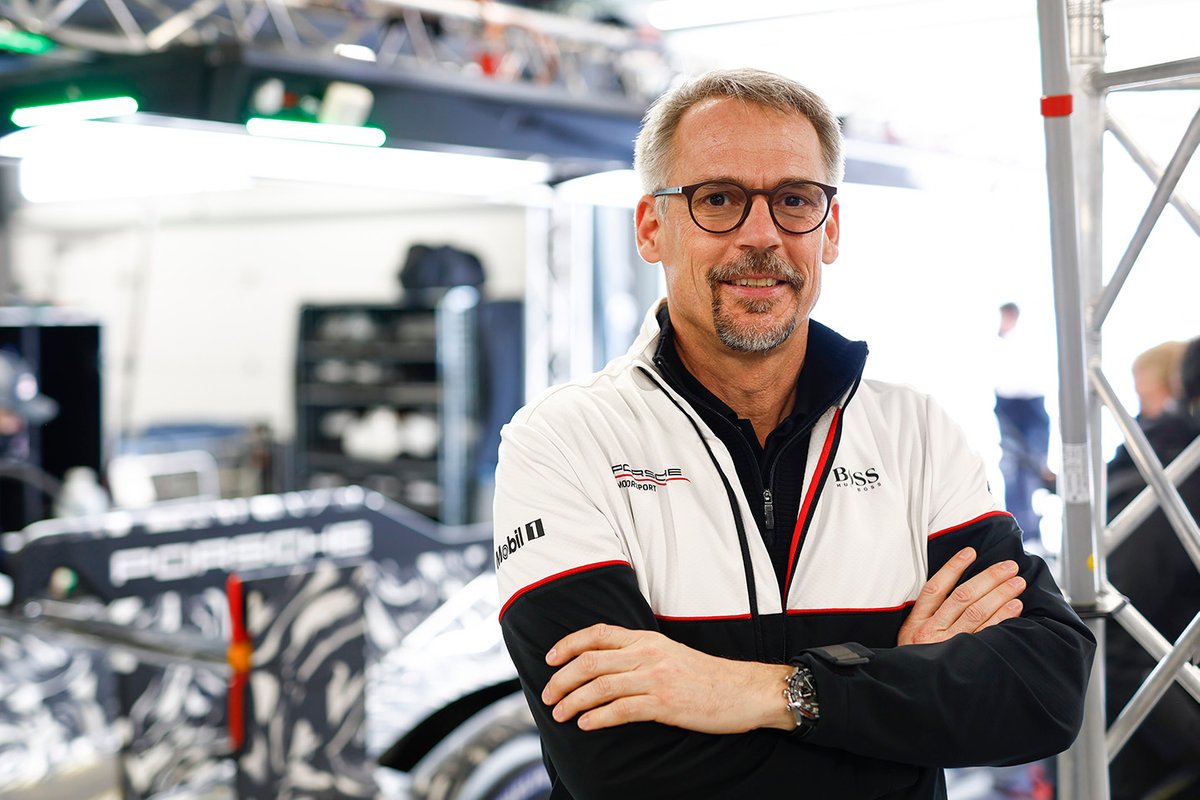 “We have to get this topic of convergence right because we have LMH and Hypercars. But from a starting point there is a good chance that we will see an era which will be really good and fascinating and hopefully long-lasting.

“I'm not saying it's going to happen 100% there are too many things to still get. But the chance from the boundary conditions it's definitely there.”

Peugeot driver and ex-Audi LMP1 ace Loic Duval, however, urged some caution, saying that while the next few years will offer competitive racing, it remains unclear if some manufacturers will remain in the category for long periods.

“They've done a good job so far, FIA, ACO, IMSA, to have everybody onboard, but you cannot have everybody happy,” Duval told Autosport. “So when constructors are not happy they unplug or they carry on to try to improve.

“It's difficult to say but what I'm sure is that in the next few years in terms of racing, in terms of viewers, in terms of constructors it will be really strong. Then I don't know how long it will last.”