Brendon Hartley in Toyota #8 got the better of team-mate Kamui Kobayashi as the manufacturer undertook qualification simulations in final free practice for this weekend's Bahrain World Endurance Championship finale.

Hartley outpaced Kobayashi by four tenths when the Toyota GR010 HYBRIDs went out on new Michelin tyres right at the start of the one-hour Free Practice 3 session.

The New Zealander knocked six tenths off his first time on his second flying lap in the #7 Toyota to end up on a 1m48.346s.

Kobayashi set an unrepresentative time on his first flier, before posting a 1m48.777s aboard the #7 car that leads the standings by 15 points.

The Alpine-Gibson A480, the only other car in the Hypercar class, trailed the Toyotas and the fastest two LMP2 cars in fifth overall.

Andre Negrao set a 1m51.794s shortly before the session was reflagged while a corner bollard was replaced at Turn 9.

Da Costa's 1m51.188s, in the best of the Jota team's two entires, gave him a three tenth margin over the 1m51.524s from Albuquerque in the United Autosports car. 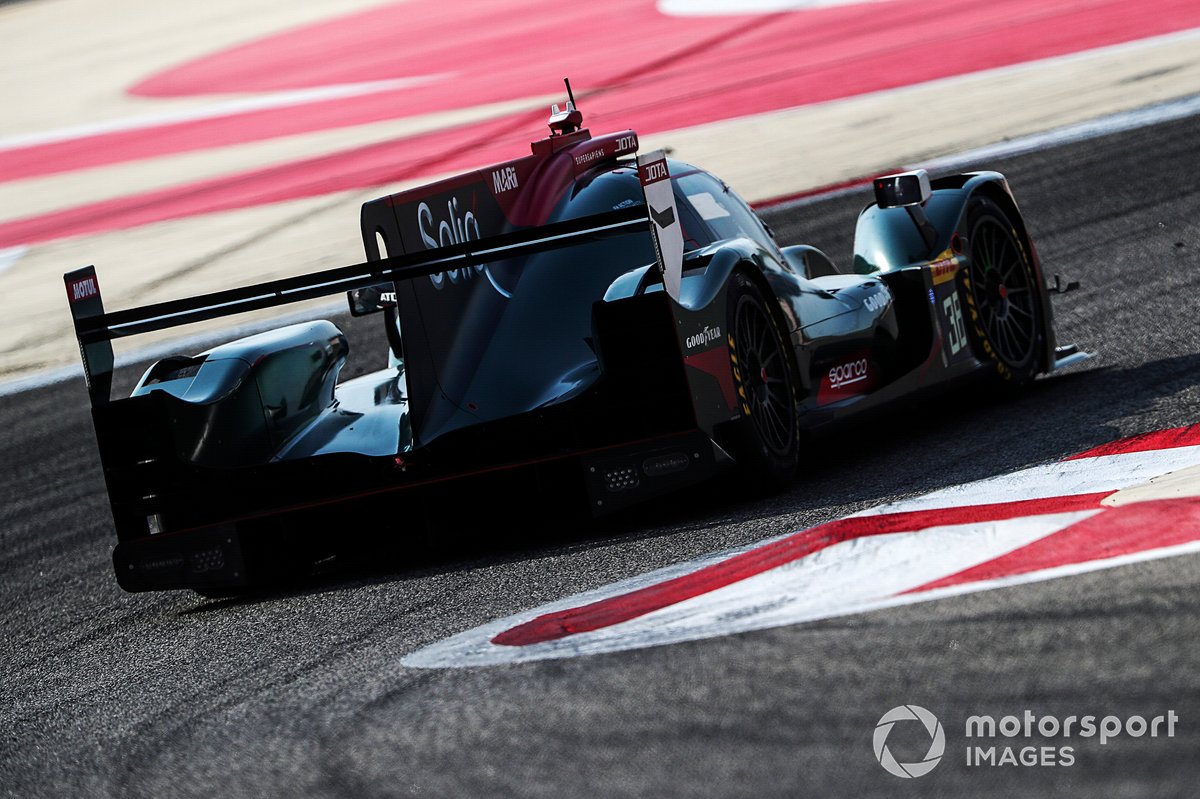 A 1m52.059s lap gave Tom Blomqvist third in class in the second Jota entry, while Sophia Florsch was fourth in the Signatech-run Richard Mille Racing ORECA with a time of 1m52.681s.

Kevin Estre was fastest in GTE Pro for Porsche with a 1m56.590s, which gave him a one tenth margin over Gianmaria Bruni in the other Porsche 911 RSR.

The Ferraris, which have received a new Balance of Performance for this weekend's eight-hour race, took third and fourth positions.

The session was extended as a result of the red flag, which lasted approximately nine minutes.

Qualifying for the Bahrain 8 Hours begins at 5:20pm local time on Friday.