WEC LMP2 frontrunners Pipo Derani and Gustavo Menezes will respectively run for Toyota and Porsche at the one-day test in Bahrain straight after next month's championship finale.

Audi will run GP2 points leader Antonio Giovinazzi (pictured below), who is making his fourth P2 start this weekend in the Fuji WEC round, in the test on November 20.

The drivers have been chosen by WEC promoter the Automobile Club de l'Ouest from the championships under its control, which also include the European and Asian Le Mans Series.

All three will be given a minimum of 30 laps during the test.

ACO president Pierre Fillon said: "Of the many candidates we considered for selection, these three have shown both outstanding performances and great potential which we considered merited the test drives in Bahrain." 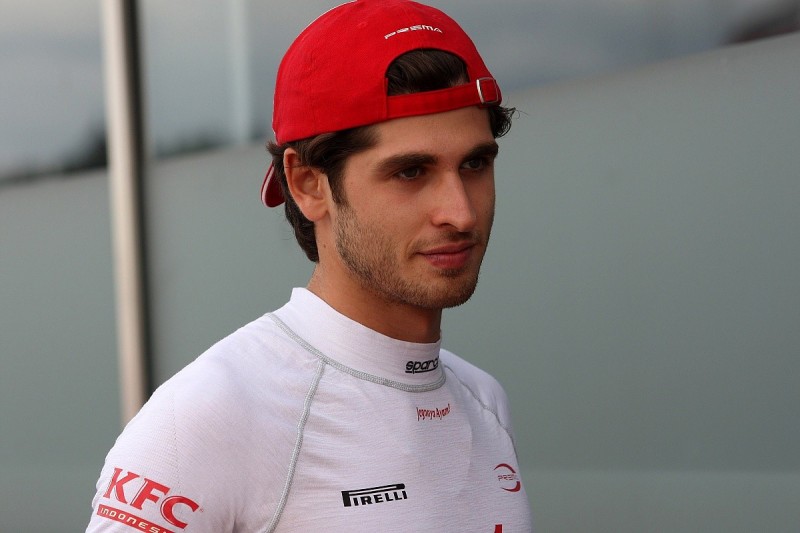 The ACO has returned to the original philosophy of the rookie test, which was to give stars of the LMP2 category a chance in factory P1 machinery.

The initiative was devised to try to help revitalise LMP2, but the inaugural test last year included Aston Martin GTE driver Richie Stanaway and Mitch Evans, who had only contested two WEC rounds.

Brazilian Derani has starred with the Extreme Speed Motorsports Ligier team in the WEC, as well as winning the Daytona and Sebring IMSA SportsCar Championship enduros in the USA at the start of the season.

Sportscar rookie Menezes is leading the WEC P2 points with the Signatech Alpine squad and was part of its winning line-up at theLe Mans 24 Hours in June.

Italian Giovinazzi, who made a one-off appearance in the DTM with Audi last year courtesy of his links with sister brand Volkswagen, is contesting the final three races of this year's WEC with ESM as part of a deal between the US entrant and the Indonesian Jagonya Ayam driver scheme.

He undertook one race in the ELMS with SMP Racing earlier this year and did two races in the Asian series last winter aboard a Eurasia ORECA.

How Mark Webber proved his doubters wrong with Porsche in WEC