Chrysler is aiming to return to the Le Mans 24 Hours next season with its Viper GTE contenders running under the flag of the Dodge marque.

The V10-powered muscle cars, which have up to now been badged as SRTs after the US giant's Street & Racing Technology brand, were withdrawn from this year's 24 Hours, but SRT director of motorsport marketing and operations Beth Paretta has revealed a clear intent to be back in 2015.

"Ideally we will be back and that is the goal, but we have to figure out how we do it," said Paretta, who was at Le Mans last weekend for meetings with race organiser the Automobile Club de l'Ouest.

"It would be a strategic decision because we do not sell Vipers in Europe, so there are a few things that need to align."

The latest Viper raced at Le Mans last year in its first full season of competition, after a limited programme of American Le Mans Series events in 2012. 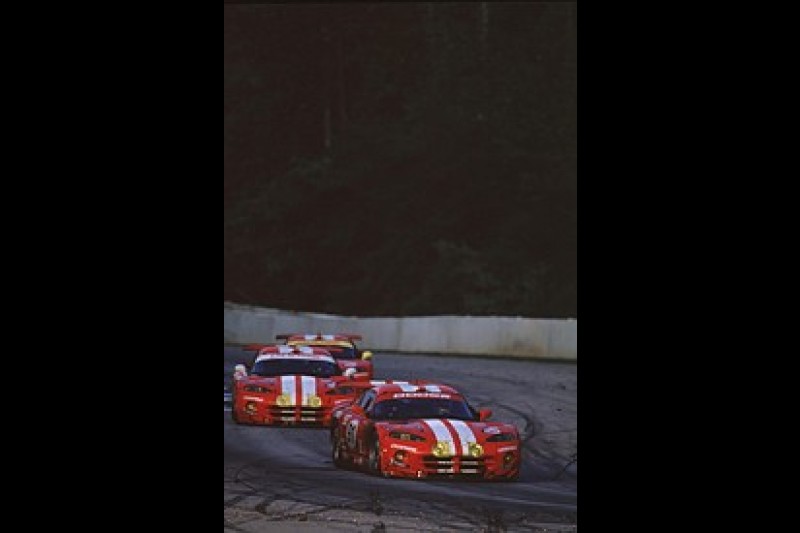 Two factory SRT Viper GTS-Rs, built and run by Riley Technologies, were entered in the GTE Pro class for Le Mans this year, only to be withdrawn at the end of March.

Paretta confirmed that the reasons for this were financial.

"Adding two endurance races at Daytona and Watkins Glen to the schedule [on the creation of the United SportsCar Championship] meant extra expense, which meant we had to step back and get all our ducks in a row," she said.

The incorporation of SRT into the Dodge brand will result in a new livery for the Vipers for the remainder of this year's USC, starting with the Watkins Glen 6 Hours on June 29.

The cars, now known as Dodge Viper SRT GTS-Rs, will run in a red-and-white colour scheme that pays homage to the livery in which the first-generation Viper GTS-R achieved success in the US and at Le Mans in 1999 and 2000 (pictured).

The ORECA-run cars took class honours in the American Le Mans Series in those two season and won the Daytona 24 Hours outright and the GTS division at Le Mans in 2000.

The cars ran as Dodges in the US, but were branded as Chrysler Vipers in Europe.