Pierson impressed by completing a triple-stint in the opening half of the race, after taking over from starting driver di Resta (standing in for Alex Lynn, who was unavailable due to his commitments with Chip Ganassi Racing in this weekend's Sebring 12 Hours IMSA SportsCar Championship round).

Di Resta said he and his team-mates "had to work quite hard" to recover from a difficult qualifying session that left the #23 United car third on the grid in LMP2 behind the pole-sitting AF Corse ORECA and the sister #22 United entry that led the early part of the race.

"It took us about five stints to get where we wanted to be and in the lead," continued the Scot.

"We managed to stay in front. It’s been a long week, but Josh did an amazing job, very well driven. We challenged him with a triple stint.

"For United it just gets the motivation going as they head into the next one.

"Obviously, I’ll be back in the WEC with Peugeot later in the year, but it was nice to carry on with what we achieved together a few years ago.” 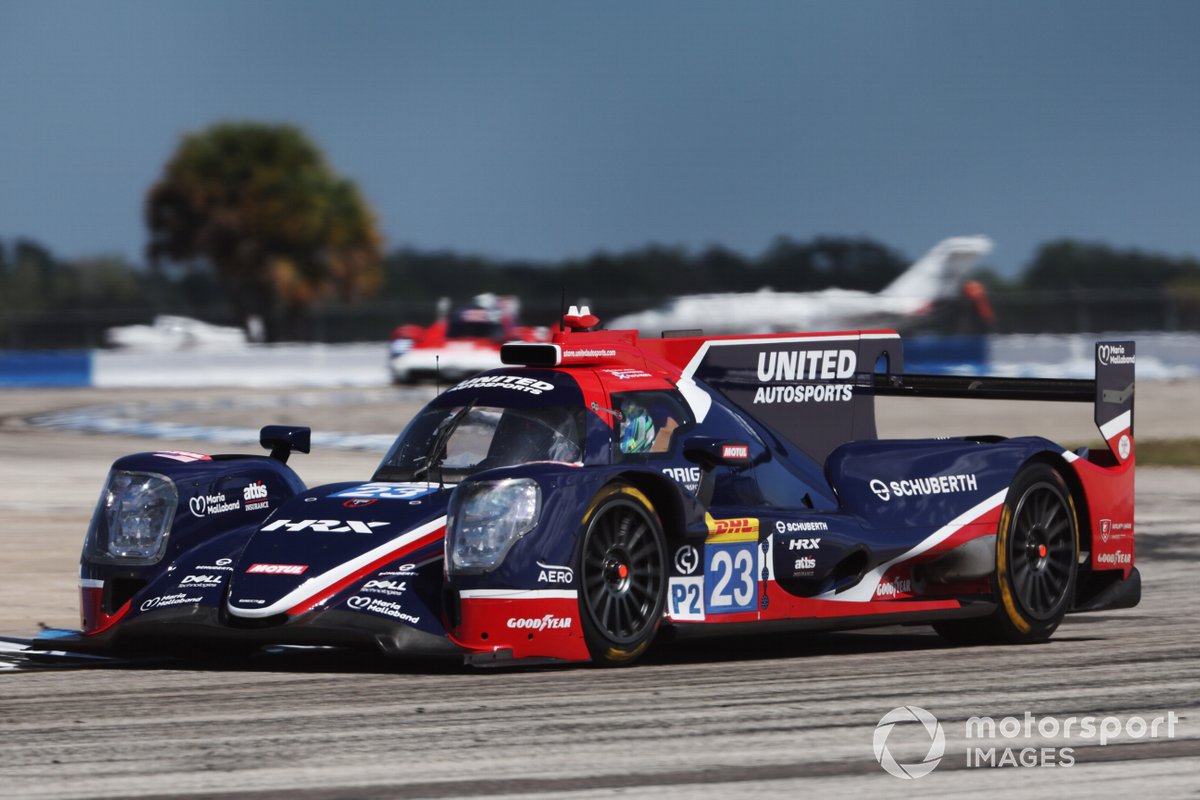 Jarvis, who did just a double stint late in the race, added: “What an amazing start to the year.

"I just want to say a huge thanks to the team, they’ve done a phenomenal job all week and what a way for Josh to start his WEC career, with a win. At 16 years of age as well.

"A big thanks to Paul too. He did a lot of the hard work during that race to leave me fresh for the IMSA race tomorrow [with Meyer Shank Racing].

"We came here with high expectations, and I think we would have been happy with a podium, but to win is incredible. A big race to win and a great way to start the year.”

Pierson's victory at Sebring marks his third triumph with United in as many races for the team following a pair of wins alongside di Resta in February's Asian Le Mans Series round at Abu Dhabi.

"This is three from three with United now and we’ve got a lot to live up to at Spa," said Pierson, who is poised to become the youngest-ever starter in the Le Mans 24 Hours in June.

"The triple stint was difficult, especially on the tyre, towards the end it was hot in the car and the tyres were falling away. At the end of the day that strategy worked out so thank you to the team.”

United's #22 car fell out of contention for victory when Will Owen took over the car and struggled on his tyres, resulting in an early pitstop.

Owen and team-mates Filipe Albuquerque and Phil Hanson ended up seventh at the finish.

WEC allows LMDh cars to race in Hypercar class in 2022