Drivers are awarded 50 points for a Le Mans win instead of the usual 25 for the rest of the six-hour races that make up the WEC schedule, which has had a major bearing on deciding the destiny of the title since the series' inception.

In 2013, Andre Lotterer, Benoit Treluer and Marcel Fassler would have beaten Audi stable-mates Allan McNish, Tom Kristensen and Loic Duval to the WEC crown if normal points were awarded at Le Mans.

Last season the Le Mans-winning Porsche trio of Romain Dumas, Marc Lieb and Neel Jani won the title without standing on the podium again over the rest of the season.

The sister Porsche of Brendon Hartley, Mark Webber and Timo Bernhard would have been much more of a factor in the championship battle without double points at Le Mans.

"I'm not a fan of double points, and I hate the fact Le Mans is a double points race," Davidson, who won the WEC title in 2014 despite failing to win Le Mans, told Autosport.

"The accolade and prestige of wining Le Mans is enough.

"I also don't like the idea of one race being more important than all the others; we work just as hard for all the other races.

"If I had my way, I would get rid of double points." 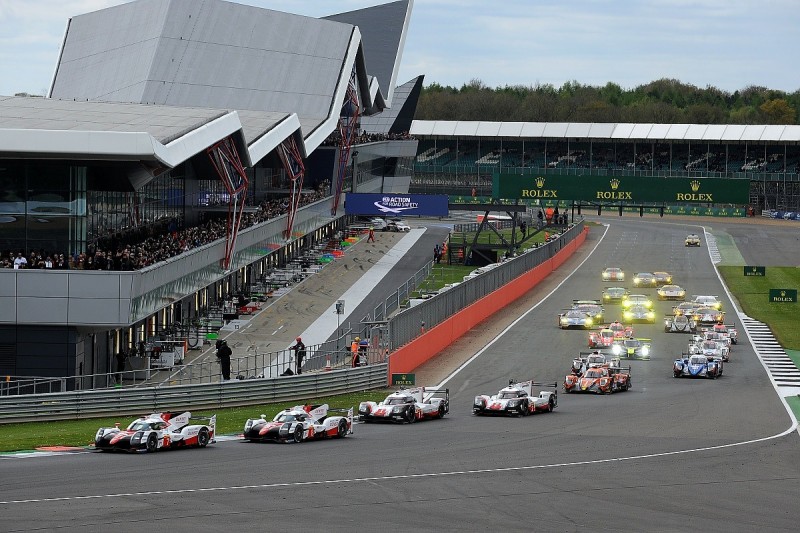 DAVIDSON UP FOR CALENDAR TWEAKS

WEC organisers are investigating the possibility of concluding the 2018 campaign with a race longer than the usual six hours.

"I'm not against having a longer race," added the Briton.

"At the end of the day it's endurance racing. I used to do the Sebring 12 Hours back in the day for Peugeot and these kinds of races are cool.

"It's what sportscar racing is all about, racing into the night."

Davidson said he would prefer Silverstone, which has been the WEC curtain-raiser since 2013, to be held in the summer as part of a possible swap with the Circuit of the Americas round, which is currently held in September.

Said the 38-year-old: "The one thing I'd like to see change on the calendar is moving Austin to a time of year that's cooler, it's just a nightmare in those kind of conditions.

"If it was my choice, I'd swap those two [COTA and Silverstone] round.

"Kick off the year in Austin, when it's cooler, and have Silverstone in August when the weather will be better and more fans will be there."