Toyota has revealed its cars undertook multiple qualifying simulations in free practice for the Bahrain 8 Hours because of the importance of the point for pole in the title fight.

The Japanese manufacturer made the revelation after Kamui Kobayashi took pole position on Friday and moved closer to retaining the World Endurance Championship crown together with team-mates Mike Conway and Jose Maria Lopez in the #7 Toyota GR010 HYBRID.

The point that comes with pole means the drivers of the #7 car only need to finish the race on Saturday to win the title ahead of Brendon Hartley, who qualified second in the sister car, Sebastien Buemi and Kazuki Nakajima.

Toyota Gazoo Racing Europe technical director Pascal Vasselon said: "The pole point was important and this is why the two cars have done qualy sims every single session.

"Both Kamui and Brendon have done four qualy runs: we never do that.

"Normally in our race preparation format we have one qualy sim, and that's it.

"This time there was a special effort [to prepare for qualifying]."

The two Toyota drivers went for a qualifying-style run at the start of each of the three sessions of free practice on a set of new Michelin tyres.

Hartley had topped the times in every practice session, but Kobayashi turned the tables when it mattered in qualifying on Friday evening. 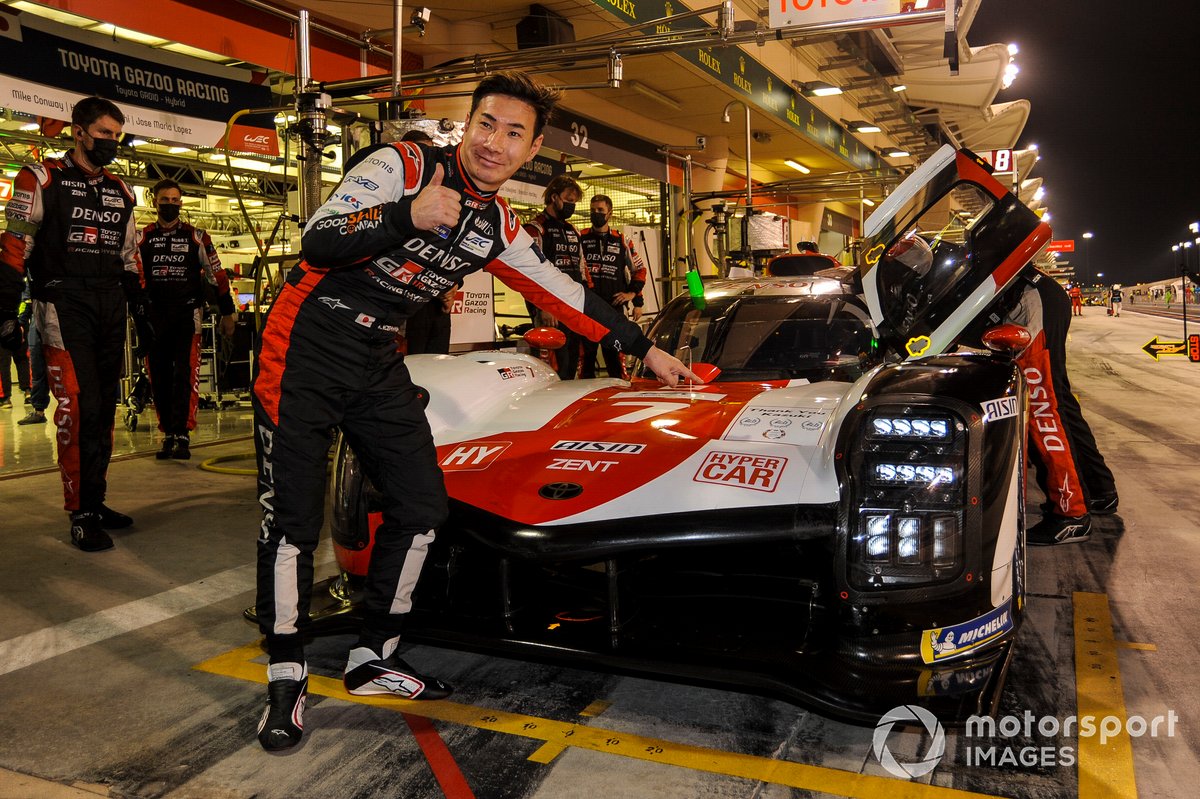 Kobayashi admitted that he had been "pretty much struggling" on his qualifying simulations.

"To be honest I didn't expect this lap time, but Mike, Jose and the team helped me a lot to understand the car," he said after qualifying.

"We made a big adjustment and it worked well. I was happy with my lap and the team effort to achieve this pole position."

Kobayashi had complained of understeer after trailing Hartley by four tenths in qualifying for the first leg of the Bahrain double-header last weekend.

He improved by 1.2s from qualifying last week, whereas Hartley gained half a second.

Vasselon explained that the improvement in the qualifying times was partially due to the number of simulation runs in practice.

"I think the drivers get better and better the more qualy sims they do," explained Vasselon.

"As well, I think, Kamui underperformed [in qualifying] at the last race."

Vasselon also revealed that the two Toyotas are heading into Saturday's race with similar set-ups, unlike last weekend.

The drivers of #8 went for a more pointy car for the six hours, which resulted in too much oversteer and higher tyre degradation than on winning #7 car.

"Now the set-ups are not that different compared with the last race, so we don't expect such a big difference in tyre degradation," explained Vasselon.

He said that the team is also expecting less degradation this time because the majority of the race will take place after sunset, whereas the six-hour race ran only during the daytime.

Pole for the #8 Toyota would have allowed Hartley, Buemi and Nakajima to take the title if they won and the sister car finished third.