Following their win in the Le Mans 24 Hours in June, Hirakawa and his team-mates aboard the #8 Toyota GR010 Hybrid, Sebastien Buemi and Brendon Hartley, sit second in the drivers’ standings with only the Bahrain season finale to come after this weekend’s first Fuji race since 2019.

They trail Alpine trio Nicolas Lapierre, Matthieu Vaxiviere and Andre Negrao, who took their second win of the season last time out at Monza in July, by 10 points.

Toyota’s #7 crew of Mike Conway, Jose Maria Lopez and Kamui Kobayashi are 30 points behind with 65 left on the table in the final two events of the season.

Hirakawa and his team-mates in the #8 car lost a chance to make up vital ground in the championship last time out at Monza as they finished second to Alpine, missing out on victory by 2.7 seconds.

The Japanese driver told Autosport that he and his team-mates can’t afford to lose more ground at Fuji despite the extra points on offer at Bahrain, a track he believes will suit the Alpine grandfathered LMP1 car better than the Toyota.

“For the championship, we have to win to give ourselves a chance in Bahrain,” Hirakawa said. “If we finish behind Alpine, it’s going to be difficult.

“At the very least we have to be in front, but for sure we’ll try everything to win.

“It won’t be easy, and it’s the first time to drive at Fuji with the GR010 Hybrid, so even though we have been working on the simulator and we feel well-prepared, we don’t know how competitive we will be until the first free practice.

“I don’t want to expect too much, but I hope the car will work better than it did at Monza.” 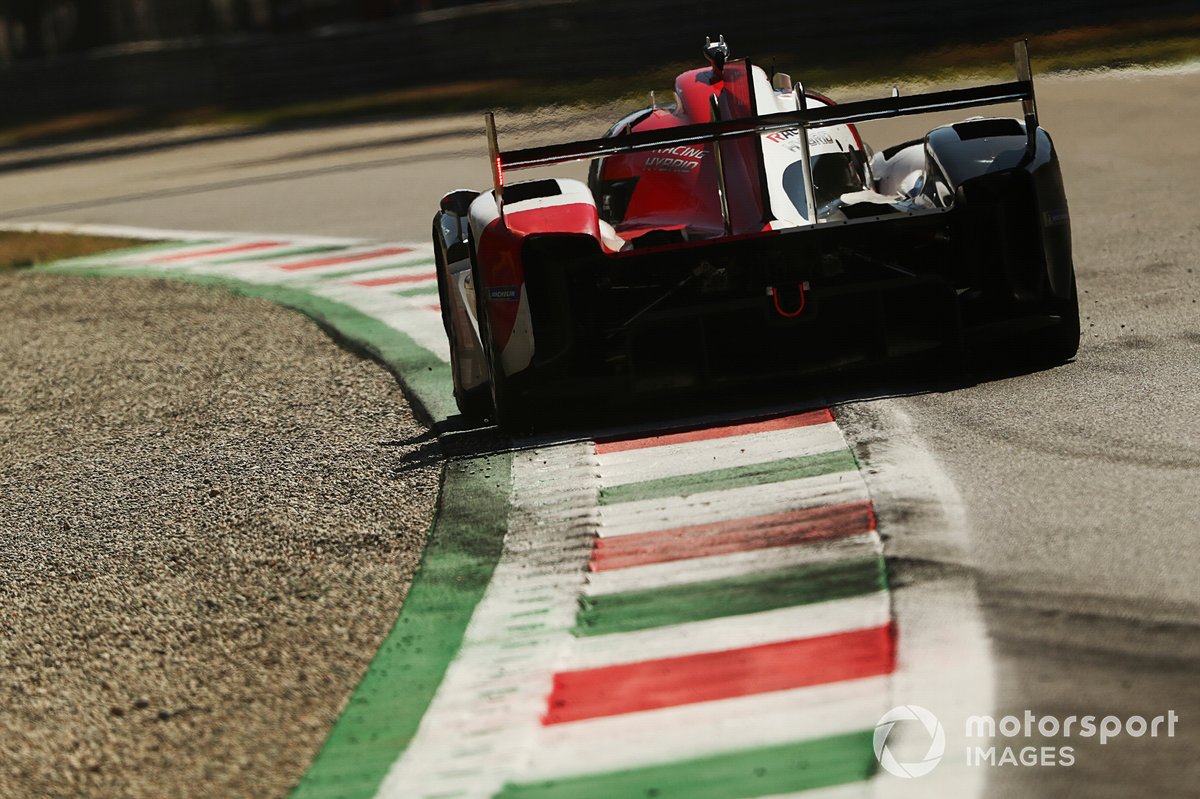 Hirakawa added that Peugeot could also prove a thorn in Toyota’s side in what will be only the French marque’s second outing of the year after its Monza debut.

“Already at Monza, they were quite fast in terms of lap time, they just had a lot of issues,” he said of the two new 9X8s. “I am sure they will be fast at Fuji as well.

“It makes it even harder for us, because if they have similar pace to us in the race, it becomes harder to get points, and we can’t afford to lose any more points.”

For the first time this year, Hirakawa will race the GR010 Hybrid at a track he already knows intimately, having raced at Fuji already three times this year in Super Formula and scoring a win.

“The track has changed a little bit since [the last WEC race at Fuji in 2019] in terms of the track surface, and also if it rains, it’s important to know where the grip is, and I know it,” Hirakawa said.

“For sure it’s an advantage that I have done so many races at Fuji and I am confident, but it’s still the first time for the GR010 Hybrid [at the track], so I still have to adapt in many ways.”

Toyota, Peugeot get weight reduction for Fuji WEC round