Nicolas Lapierre will make a return to Toyota's World Endurance Championship squad two and a half years after being dropped, the Japanese manufacturer has confirmed

The reigning WEC LMP2 champion has been brought in to race Toyota's third TS050 HYBRID at the Le Mans 24 Hours and, by way of preparation, the Spa WEC round in May alongside Stephane Sarrazin and reigning Super Formula champion Yuji Kunimoto.

He takes the seat that had seemed destined to go to Toyota development driver Ryo Hirakawa, who is being groomed for the LMP1 squad with programmes in the European Le Mans Series in 2016-17.

Lapierre was stood down by Toyota ahead of the Fuji WEC event in October 2014 in the wake of accidents in wet conditions at both Le Mans and the following Austin round.

It was initially communicated by Toyota that he was being rested from the TS040 HYBRID he shared with eventual world champions Anthony Davidson and Sebastien Buemi, but it subsequently emerged that he had been dropped from the line-up and he never drove for the team again despite remaining under contract through 2015.

"He is a very quick driver who understands what it takes to succeed at Le Mans, so I am sure he will fit into the team quickly and easily." 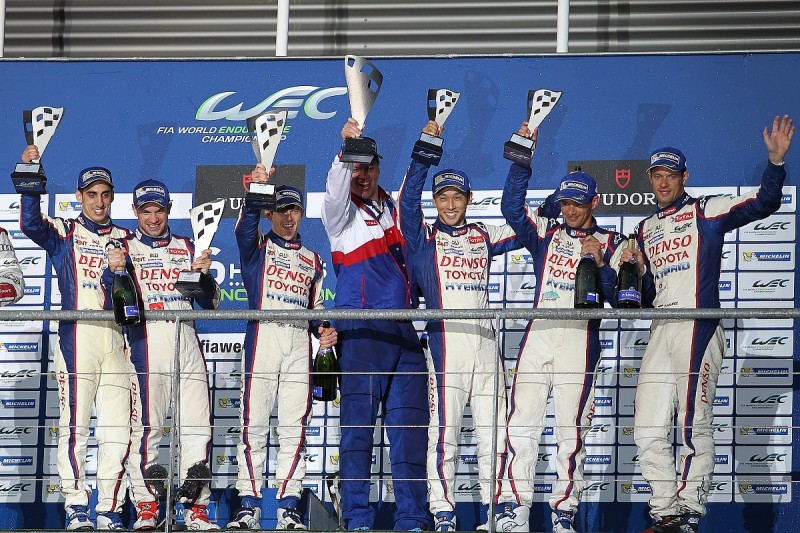 Lapierre, who took six WEC victories with Toyota in 2012-14, thanked the Japanese manufacturer for the opportunity to return and said he was "looking forward to racing an LMP1 car again".

Sato described Kunimoto, 26, as "a promising driver who has shown his speed and determination in Japanese racing".

"In testing he has been consistently fast, as well as a team player, so I am confident he will adapt to the demands of WEC," he added.

Toyota will unveil the 2017 version of its TS050 HYBRID on Friday at Monza ahead of the official two-day 'prologue' test at the Italian venue.

Former Indy Lights and GP2 driver Andre Negrao will drive the team's second Alpine-badged ORECA-Gibson 07 alongside Nelson Panciatici and Pierre Ragues, with this car starting its 2017 WEC campaign at Spa in May.