The Hypercar Balance of Performance has undergone major revisions for the next round of the FIA World Endurance Championship season in Bahrain.

The Toyota GR010 Hybrid and the Alpine A480-Gibson grandfathered LMP1 car will both run at the minimum weights at which they started the 2021 season when they line up for the Bahrain 6 Hours on 30 October.

This reflects the absence of the Glickenhaus 007 LMH-Pipo, which is not racing in the six-hour event and then the eight-hour race that concludes the 2021 WEC on 6 November.

The Toyota will run at 1040kg and the Alpine, the ORECA design that formerly raced as the Rebellion R-13, at 930kg, the weights at which they raced at round one at Spa in May.

That compares with the 1066kg and 952kg at which the Toyota and Alpine respectively raced after the arrival of the Glickenhaus in the championship at the Portimao 8 Hours in June.

The two cars will also be permitted the same engine power as at the six-hour race at Spa, a slight increase on what they have run since.

But both the Toyota and the Alpine have had the fuel they can use over the course of each stint, measured in megajoules of energy, reduced for Bahrain.

The Toyota will be permitted 909MJ, compared with 962 at the Le Mans 24 Hours in August and 964 at the races beforehand. 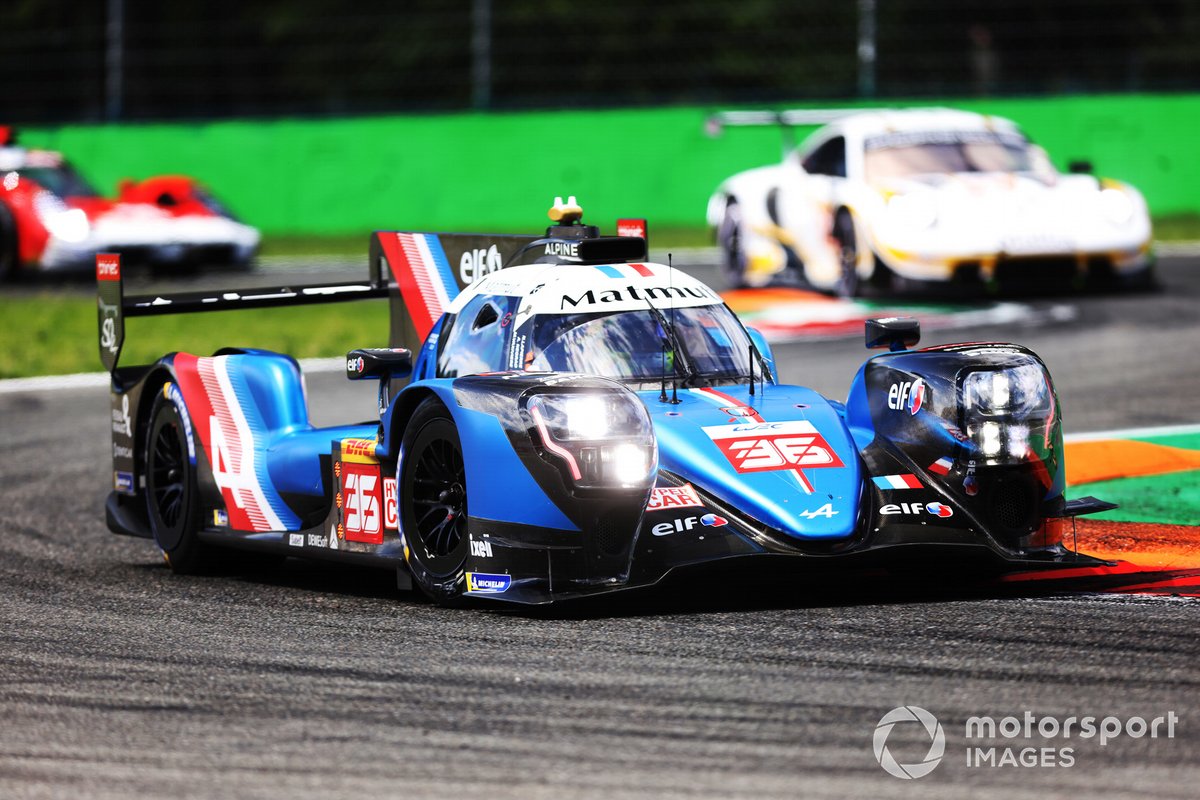 These figures are less easy to interpret, but probably correspond to the challenge faced by rulemakers the FIA and the Automobile Club de l'Ouest in equating the stint lengths of the cars.

The published BoP table is marked "Bahrain competition" and is understood to cover both races, but the FIA and the ACO reserve the right to make modifications at any time.

In GTE Pro the Ferrari 488 GTE Evo has had its BoP tweaked under the automatic system, which did not apply at Le Mans.

The two factory AF cars will run at 1255kg as they did at Monza, but will be allowed four litres less fuel each stint and less turbo boost pressure than at the Monza 6 Hours in July.

The Porsche 911 RSR's BoP is unchanged from Monza.