Yamashita, a member of Toyota's driver development programme, will race an ORECA-Gibson 07 for the Danish High Class Racing squad in the full WEC, starting at Silverstone in September.

The 23-year-old, who shares a Team LeMans Lexus in Super GT with Kazuya Oshima (pictured below), will drive alongside Anders Fjordbach and veteran Mark Patterson for the WEC newcomer.

A statement from Toyota read: "Toyota Gazoo Racing will follow Kenta's progress closely as it evaluates potential future drivers for its WEC programme.

"The move to WEC is a significant step in Kenta's development as a driver, giving him the chance to become familiar with a different type of endurance racing car as well as circuits on which he has so far little experience." 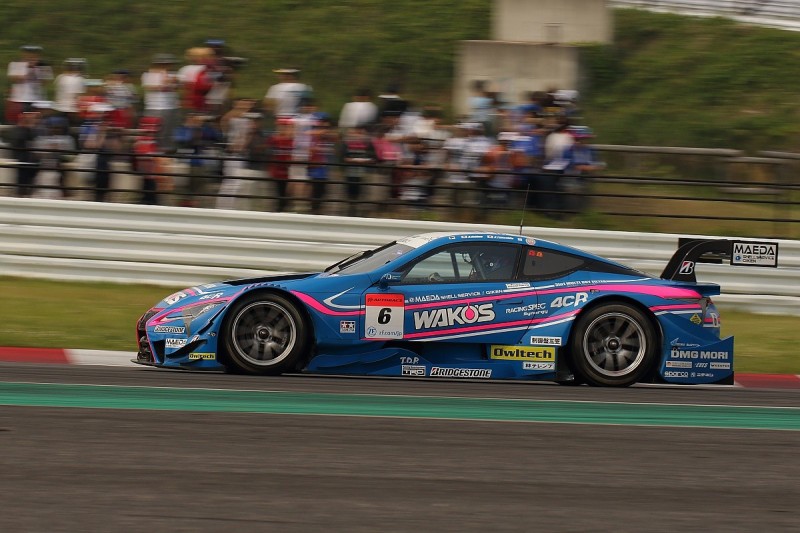 Yamashita, who is also racing in Super Formula this season, said: "I am very excited to be racing in WEC and LMP2 for the first time; thanks to Toyota Gazoo Racing and High Class Racing for this opportunity.

"There is a lot for me to learn and I am sure the team will help me a lot.

"Now I can't wait for testing to begin so I can prepare myself for an exciting season."

Toyota followed a similar route with Ryo Hirakawa, which it placed with the TDS Racing and G-Drive/DragonSpeed teams in the European Le Mans Series in 2016 and '17 respectively.

He lost out to reigning Super Formula champion Yuji Kunimoto for a race seat when Toyota expanded its Le Mans 24 Hours assault to three cars in 2017 and instead acted as reserve.